The company billed customers for services they had not ordered, an investigation found 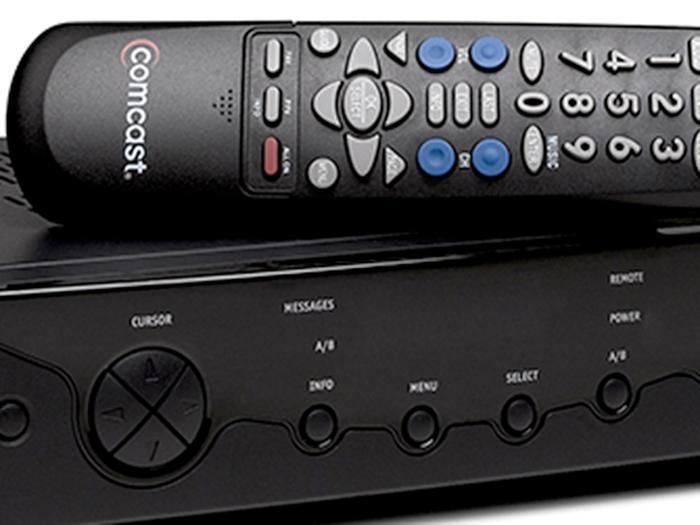 Comcast has been fined $2.3 million after the Federal Communications Commission found that it wrongfully charged cable TV customers for services and equipment they had not ordered. Comcast said it was working to fix the problems long before the FCC became involved.

“It is basic that a cable bill should include charges only for services and equipment ordered by the customer—nothing more and nothing less,” said Travis LeBlanc, Chief of the FCC's Enforcement Bureau. “We expect all cable and phone companies to take responsibility for the accuracy of their bills and to ensure their customers have authorized any charges.”

The FCC said consumers complained that Comcast added charges to their bills for unordered services or products, such as premium channels, set-top boxes, or digital video recorders (DVRs).

Comcast said it is "laser-focused" on improving customer experience and has been working to straighten out the billing issues.

“We acknowledge that, in the past, our customer service should have been better and our bills clearer, and that customers have at times been unnecessarily frustrated or confused.  That’s why we had already put in place many improvements to do better for our customers even before the FCC’s Enforcement Bureau started this investigation almost two years ago," said Comcast's Sena Fitzmaurice in an email to ConsumerAffairs.

"The changes the Bureau asked us to make were in most cases changes we had already committed to make, and many were already well underway or in our work plan to implement in the near future," Fitzmaurice said.

"We do not agree with the Bureau’s legal theory here, and in our view, after two years, it is telling that it found no problematic policy or intentional wrongdoing, but just isolated errors or customer confusion," Fitzmaurice added. "We agree those issues should be fixed and are pleased to put this behind us and proceed with these customer service-enhancing changes.”

In some complaints, subscribers claimed that they were billed despite specifically declining service or equipment upgrades offered by Comcast.  In others, customers claimed that they had no knowledge of the unauthorized charges until they received unordered equipment in the mail, obtained notifications of unrequested account changes by email, or conducted a review of their monthly bills.

Consumers also complained that they had spent significant time and energy trying to have the unauthorized charges removed and to obtain refunds.

Under the terms of today’s settlement, Comcast must create a five-year compliance plan, implementing procedures designed to obtain affirmative informed consent from customers prior to charging them for any new services or equipment.

Comcast will also send customers an order confirmation separate from any other bill, clearly and conspicuously describing newly added products and their associated charges. Further, Comcast will offer to customers, at no cost, the ability to block the addition of new services or equipment to their accounts.

The settlement also requires Comcast to implement a detailed program for redressing disputed charges in a standardized and expedient fashion, and limits adverse action (such as referring an account to collections or suspending service) while a disputed charge is being investigated.