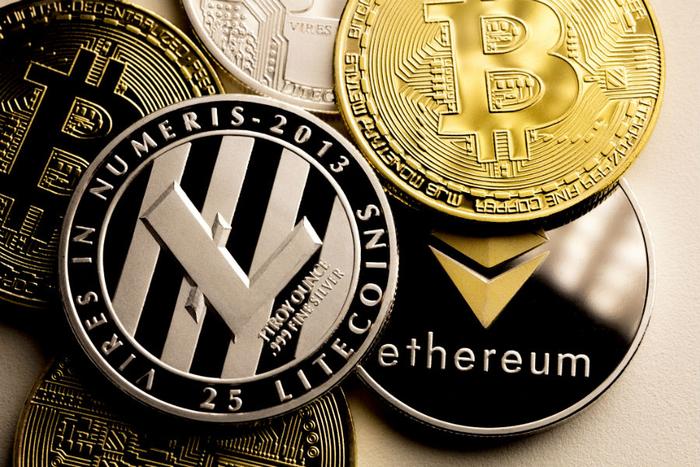 Earlier this week, Bitcoin experienced a sudden drop in price that ultimately affected other market-wide cryptocurrencies, and experts were unsure about the cause.

Now, ThinkMarkets chief specialist Naeem Aslam said speculators have only strengthened Bitcoin’s downward trend by overselling it in global markets. Additionally, Bitcoin’s downward trend should come as no surprise, because as Aslam points out, the trajectory has been the same since Bitcoin peaked at $900 billion back in December and then immediately started to decline.

“Speculators have gone crazy and they are trying to squeeze as much blood out of this trade as they can,” Aslam said. “Bitcoin hasn’t changed what it was since last December, so what is the panic?”

Aslam also noted that it’s hard to pinpoint exactly what happened to cause Bitcoin’s sudden downward trend in recent months. For one thing, he said analysts often look for correlation between specific events and the decline in cryptocurrency, but that isn’t always the case.

Many were speculating that Goldman Sachs’ decision to delay launching a Bitcoin trade desk was the driving force behind Bitcoin’s price drop.

The investment bank’s foray into cryptocurrency was shaping up to create great interest and demand from retailers and investors alike. However, once Goldman Sachs decided to push pause on the move, the collective mindset was that Bitcoin plummeted.

Experts at CoinTelegraph want to ensure consumers that while the Goldman Sachs decision could have contributed to Bitcoin’s price drop, the decision of one corporation is not solely responsible for what happened. Aslam also noted that Goldman Sachs didn’t close the door on a Bitcoin trade desk, but rather just delayed the process for the time being.

“Goldman has only delayed the process, they still have invested a lot of money and talent in this area,” Aslam said. “Investors must know it is very normal for banks to delay the IPO process if the market conditions are not favorable and over here we are talking about starting something completely new. Goldman has its fingers in many of the areas when it comes to Bitcoin, so stop thinking about it and focus on the price.”

Furthermore, Bitcoin was already facing a downward slide earlier in the week before the Goldman Sachs decision.

Mati Greenspan, a senior analyst at eToro -- one of the largest multi-asset trading platforms -- echoed Aslam’s assessment of the cryptocurrency market.

“Volatility in the crypto markets has picked up over the last few days, but it is still pretty normal for this market,” Greenspan said. “As far as Bitcoin’s price is concerned, the price has been in a rather stable range between $5,000 and $8,000 for the last few months and this hasn’t changed.”

Rather than looking at specific events for the cause of market trends, Greenspan advised pointing fingers at the lack of demand from traders.

“Several possible reasons for the drop could be a few bad rumors that are circulating in the press, along with a stronger dollar and weakness in tech stocks,” Greenspan said. “Ultimately though, it’s simply a matter of more supply and less demand in short-term trading.”