With no refinery issues and falling oil prices, everyone is getting a break 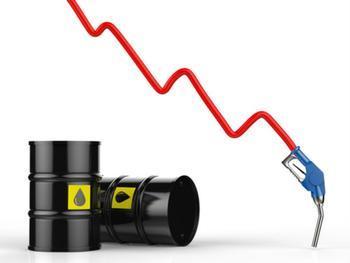 With the near collapse of crude oil prices, nearly all motorists are getting a break at the gas pump, which is unusual.

Generally, gasoline prices fluctuate by region. They might go down in Louisiana and Texas but go up in Michigan and Indiana. That's because refinery issues can affect prices in regions, sending them higher or lower.

But as the U.S. approaches Memorial Day and the start of the summer driving season, Patrick DeHaan, senior petroleum analyst at Gasbuddy, is seeing something interesting. Gasoline prices are dropping just about everywhere.

"Forty-nine of 50 states are seeing gasoline prices lower than a week ago, but the average drop is four cents a gallon, so there is more room for prices to fall this week," DeHaan told ConsumerAffairs.

The refineries have switched over to producing summer grade gasoline, which is more costly to make. But now the oil they use to make it costs less, with the price of crude tumbling from the mid $50 range to the mid forties. An upcoming decision by OPEC to extend its production cuts could push prices back up, but it's worth noting that oil prices have fallen dramatically, even with OPEC producing less.

The national average price of self-serve regular is around $2.33 a gallon, down four cents from a week ago, according to the AAA Fuel Gauge Survey. The average price of premium gas is $2.86, three cents lower than seven days ago.

The most expensive gasoline in the nation today is in Hawaii, the only state where the average price is over $3 a gallon, at $3.06. The cheapest gasoline can be found in South Carolina, more than a dollar cheaper, at $2.04 a gallon.

While prices are falling, they are still higher than they were at this time a year ago. But that gap is narrowing. DeHaan says prices may continue to fall, but only to the point that they match the 13% drop in oil prices.

"I’d expect prices this summer to be very close to last summer, perhaps slightly more expensive, so long as there aren’t any unpredictable outside interference like hurricanes, OPEC cuts, or wars."