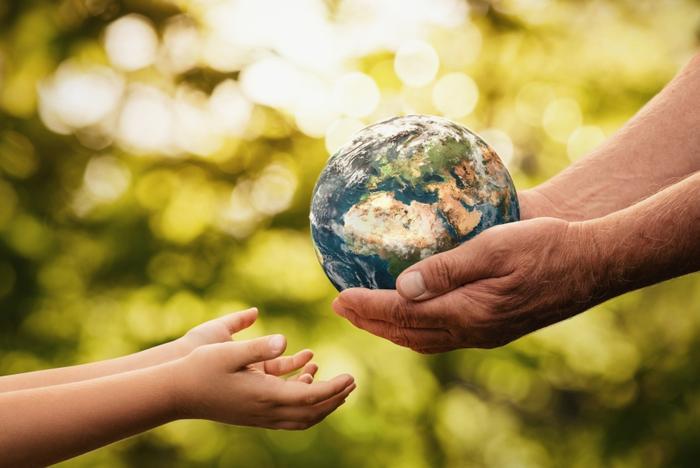 As concerns about climate change continue to mount, researchers from North Carolina State University explored how children are doing their part to instill concern in their parents.

The study revealed that when kids learn about climate change, they’re more likely to pass the knowledge onto their parents. As a result, many parents also feel a sense of concern about the issue.

“There’s a robust body of work showing that kids can influence their parents’ behavior and positions on environmental and social issues, but this is the first experimental study demonstrating that climate education for children promotes parental concern about climate change,” said researcher Danielle Lawson.

It matters what kids are taught

The researchers were interested to see what effects manifested from educating children about climate change, so they worked closely with science teachers to ensure that middle schoolers were getting this crucial information.

Prior to the researchers implementing a curriculum that included topics on climate change, the participants -- which included nearly 240 students and nearly 300 parents -- completed a survey that was used to gauge attitudes about climate change.

The study involved an experimental group of over 160 students, all of whom were taught about climate change in school; over 70 students in a control group did not get the climate change education. At the end of the study, all of the students and parents completed the same survey so the researchers could see if -- and how -- their attitudes changed.

While the attitudes changed in both the control and experimental groups, the researchers found that the changes were the most prominent when the children were taught about climate change in school.

According to the researchers, there were three groups that experienced the greatest amount of change -- fathers, conservative parents, and parents of daughters. Prior to the study, all of the parents in these groups were characterized as “marginally not concerned,” but their level of concern became “moderate” by the end of the study.

The researchers were impressed with these findings, as they highlight the important role that children play in the overall family dynamic.

“This study tells us that we can educate children about climate change and they’re willing to learn, which is exciting because studies find that many adults are resistant to climate education, because it runs counter to their personal identities,” said Lawson. “It also highlights that children share that information with their parents, particularly if they’re given tools to facilitate communication -- and that parents are willing to listen.”

Keeping kids in the conversation

As this study has made clear, kids are imperative to this ongoing conversation about climate change. Recently, a group of researchers explored how rising temperatures could impact whether consumers have kids.

The study revealed that location will play a large role in this important decision making, but climate change will soon affect everything from schooling to jobs, and everything in between.

“Our model suggests climate change may worsen inequalities by reducing fertility and increasing education in richer northern countries, while increasing fertility and reducing education in tropical countries,” said researcher Dr. Soheil Shayegh. “This is particularly poignant, because those richer countries have disproportionately benefited from the natural resource use that has driven climate change.”