Researchers say the high amounts of cholesterol can become deadly 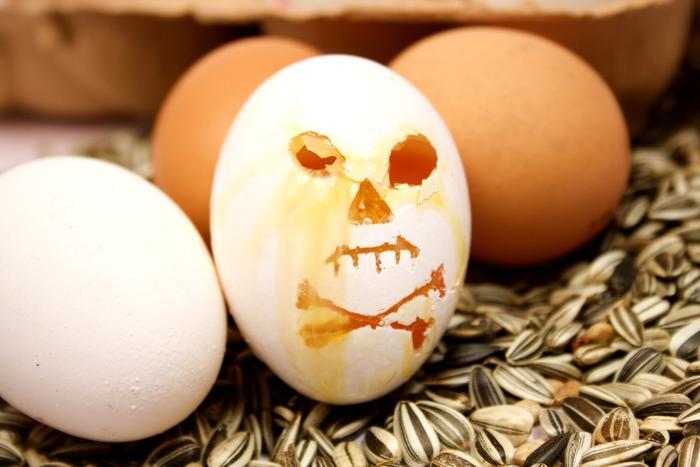 A new study conducted by researchers from Northwestern could have egg lovers reconsidering their go-to breakfast choice.

The researchers found that consuming large amounts of eggs or foods with high cholesterol could increase the risk of heart disease and death from any cause.

“The take-home message is really about cholesterol, which happens to be high in eggs and specifically yolks,” said researcher Norrina Allen. “As part of a healthy diet, people need to consume lower amounts of cholesterol. People who consume less cholesterol have a lower risk of heart disease.”

To see how cholesterol -- and egg intake -- was affecting consumers’ overall health, the researchers gathered data from over 30,000 participants from six studies and evaluated their dietary habits.

The most recent iteration of the Dietary Guidelines for Americans that is valid from 2015 through 2020 doesn’t recommend that consumers limit their cholesterol intake; however, prior to 2015, experts put the daily cholesterol target at 300 milligrams per day.

Eggs come into play in this study because the researchers note the popular breakfast food as one of the primary sources of cholesterol intake, as one egg yolk has nearly 190 milligrams of cholesterol. Moreover, the researchers found that, on average, adults nationwide eat roughly three or four eggs per week.

“Our study showed that if two people had the exact same diet and the only difference in diet was eggs, then you could directly measure the effect of egg consumption on heart disease,” said Allen. “We found cholesterol, regardless of the source, was associated with an increased risk of heart disease.”

Ultimately, the researchers found that the more cholesterol the participants consumed, the greater their risk for heart disease and death.

More specifically, eating the average number of eggs per week (three or four) increased the risk of death by eight percent and the risk of heart disease by six percent. However, consuming 300 milligrams of cholesterol per day -- the recommended amount pre-2015 -- increased participants’ risk of death by 18 percent and their risk of heart disease by 17 percent.

The research on eggs -- whether to incorporate them or avoid them -- has gone on for quite some time, and health experts continue to volley back and forth. Most recently, researchers found that an egg a day could keep type 2 diabetes away -- and heart disease and stroke.

Allen and her team don’t think consumers should ban eggs from their diets, but they should take these findings into consideration and limit their intake moving forward.

“We want to remind people there is cholesterol in eggs, specifically yolks, and this has a harmful effect,” Allen said. “Eat them in moderation.”