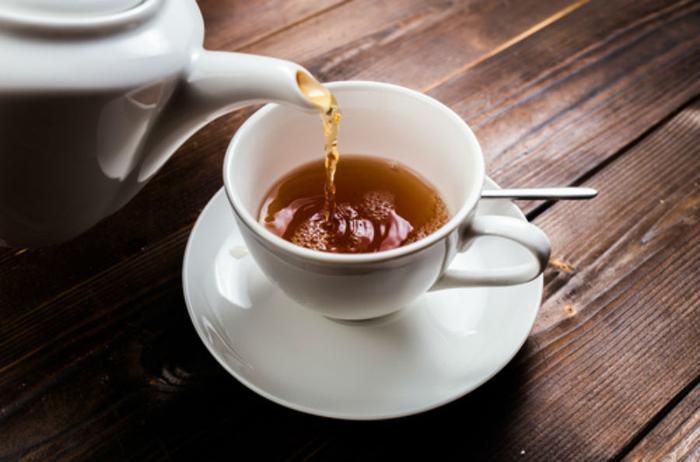 You may have heard the adage that an apple a day keeps the doctor away, but it turns out that drinking tea every day could be even more beneficial in some respects.

A study from the National University of Singapore’s Yong Loo Lin School of Medicine finds that drinking tea daily could greatly cut the risk of cognitive decline in the elderly. The researchers say the findings are a positive sign due to the beverage’s popularity.

“Tea is one of the most widely consumed beverages in the world. The data from our study suggests that a simple and inexpensive lifestyle measure such as daily tea drinking can reduce a person's risk of developing neurocognitive disorders in late life," said assistant professor Lei Feng.

The study examined 957 Chinese seniors aged 55 and older and found that drinking tea regularly cut the risk of cognitive decline by 50%. However, those who carried the APOE e4 gene – which genetically predisposes individuals to cognitive conditions like Alzheimer’s – had their risk reduced by 86%.

The researchers believe the positive effects of tea drinking are derived from some of its bioactive, natural ingredients, such as catechins, theaflavins, thearubigins, and L-theanine. Feng points out that these compounds are known to reduce inflammation in the body and protect the brain from vascular damage and neurodegeneration.

Additionally, the researchers say the type of tea does not matter when it comes to these benefits, as long as the leaves are brewed from tea leaves such as green, black, or oolong tea.

While the findings focus specifically on Chinese seniors, the researchers believe that the results could apply to other races as well. This is an important point, they say, because of how pervasive cognitive diseases have become and how difficult they are to treat.

“Our findings have important implications for dementia prevention. Despite high quality drug trials, effective pharmacological therapy for neurocognitive disorders such as dementia remains elusive and current prevention strategies are far from satisfactory,” said Feng. “Our understanding of the detailed biological mechanisms is still very limited so we do need more research to find out definitive answers.”

The full study has been published in the Journal of Nutrition, Health & Aging.