One-third of consumers say they don't 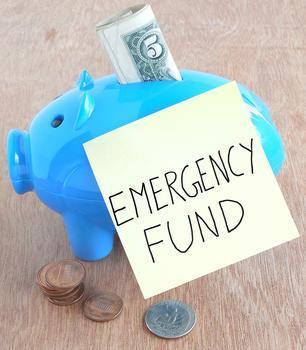 The Federal Reserve Bank of New York regularly monitors consumers' access to credit. That's important in the event of an emergency expense.

If you don't have money in a savings account to meet that expense, you need access to credit in order to pay it. The latest report shows fewer consumers are prepared.

The report shows that about a third of consumers are not confident they could come up with $2,000 on short notice, with a growing number pessimistic about their chances of obtaining credit in a pinch.

In spite of that, the survey showed both application for credit rates and rejection rates declined. But involuntary account closures also rose to their highest level since the Fed began keeping track.

Consumers, it seems, are now less likely to even apply for credit over the next 12 months. The reason? Most said they didn't think they would be approved.

The percentage of consumers too discouraged to even apply for credit over the past 12 months jumped to 7.1%, the highest level since June 2014. And there may be good reason for that feeling. The percentage of consumers who successfully applied for credit over the last 12 months fell to 31.5%, the lowest level since February 2015.

In spite of data showing that consumers piled on record credit card debt in the fourth quarter of last year, fewer consumers applied for new sources of credit. Credit application rates fell from 42.3% in October to 29.9%, the lowest rate since October 2013.

Improving chances of being approved

However, the Fed's figures show that consumers who did apply for credit during that period had a better chance of being accepted, as rejection rates declined.

The only area where consumers increased their attempts to gain new sources of credit was for auto loans. But consumers decreased their applications for new credit cards by nearly four percentage points.