John Vartanian will pay $1.2 million in reparations and spend two years in prison 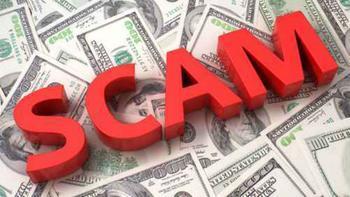 When debt becomes overwhelming and consumers have nowhere else to turn, many look to debt relief companies to ease the burden. Unfortunately, not all companies and individuals who provide this service are looking out for your best interest.

That seems to be the case with John Vartanian, who pleaded guilty to conspiracy to commit mail and wire fraud on Monday. Vartanian helped operate a debt relief scam through two companies, Nelson Gamble & Associates and Jackson Hunter Morris & Knight.

Vartanian and his associates would contact consumers by phone and offer to provide debt relief services, but, in reality, consumers were just giving away their money. The Department of Justice (DOJ) has ordered Vartanian to pay over $1.2 million to victims of the scam and will face two years of jail time.

“These scams take advantage of consumers struggling with debt. The Department of Justice will continue to work with its law enforcement partners to protect consumers from fraud, especially when they are targeted based on their financially vulnerable conditions,” said Principal Deputy Assistant Attorney General Benjamin C. Mizer.

The DOJ says the scam ran for over two years, between February 2010 to September 2012. In 2011, conspirators changed company names from Nelson Gamble & Associates to Jackson Hunter Morris & Knight, claiming the former had gone bankrupt. Many consumers who were seeking refunds from Nelson Gamble dropped their inquiries, thinking that Jackson Hunter was an unrelated company that had picked up their account.

In September 2012, the Federal Trade Commission filed a civil suit against both companies for misrepresenting debt relief services offered to consumers. Monday’s sentencing finally closes the book on the case, which was settled back in 2013.