Sextortion demands sex instead of money 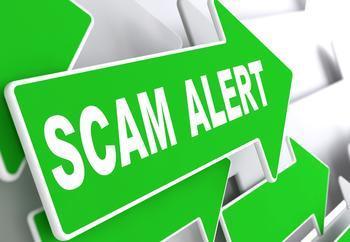 Scammers normally like to target senior citizens because they are considered a vulnerable population.

But a dangerous new scam targets another vulnerable population – children.

The crime is called “sextortion,” because money is not the prime objective, sex is. Unfortunately, parents of vulnerable children are mostly clueless about the danger.

Here is how it works: the scammer, often a pedophile, reaches out to an adolescent on social media, pretending to be someone her own age, usually of the opposite sex.

After developing an online relationship, the scammer asks his victim to send him a sexually revealing photograph of herself. If she does, he then drops the ruse and threatens to expose her – technically, she may have broken child pornography laws – unless she meets his demands.

Those demands might include sending even more explicit photographs, or even meeting him for a sexual encounter.

“It’s not uncommon, it’s something that we see every day and it’s something that’s concerning because it can inflict a tremendous amount of damage on a child,” Michelle DeLaune, CEO of the National Center for Missing & Exploited Children, told the Washington Post.

Federal law enforcement officials have recently stepped up their efforts to prevent the crime and educate both parents and children about its dangers.

Advice from the FBI

The FBI says children should be aware that these scammer/predators like to hang out in chat rooms to make contact. Sometimes they may record young people who post or live-stream sexually explicit images and videos of themselves.

If they are really clever – and often they are – they may even hack into a child's device, gaining access to not only files but the device's camera as well.

The FBI suggests parents of teenagers, especially those who are under-age, have a conversation with their children about the danger. Children should understand the legal dangers of sending a sexually explicit image of themselves, or anyone else, over the internet.

Children should also understand how to secure their devices from intrusion. They should know to never open an attachment from someone they don't know. If their computer has a camera, it should be covered with a piece of tape when not in use.

Most importantly, the FBI says, if a child falls victim to a sextortion threat, they should tell someone. Letting a child know in advance that a parent will be understanding and helpful in such a situation may make it less likely she will get even deeper into a sextortion plot.

Meanwhile, the FBI says it wants to know if you have been a victim of this scam by calling 1-800-CALL-FBI.