'Cramming' appears to be migrating to cellphones

Wireless accounts are vulnerable after crackdown on landline cramming 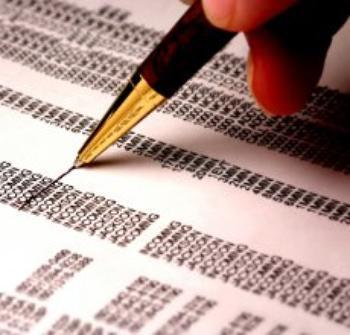 "Cramming," the practice of third-party firms placing unauthorized charges on your telephone bill, angers consumers and has galvanized consumer authorities to try to stop it.

A number of states have sued alleged crammers and Illinois has taken the step of outlawing it in the state. The Federal Communications Commission (FCC) stepped up enforcement actions in recent years.

How have "crammers" responded? It appears they are turning their sights on untapped territory -- cell phones. In Illinois, particularly, where landlines are protected by law, cellphone customers have had to monitor their bills carefully.

An analysis by the Citizens Utility Board (CUB)has found the number of fraudulent "cramming" fees charged to Illinois cellphone users has nearly doubled over the last year -- surpassing the national trend for a scam that could cost U.S. consumers up to $59 million a year.

"The analysis suggests that wireless cramming is a growing problem in Illinois," Kolata said. "As they're driven from landline bills, scam artists may see our cellphones as a new frontier for fraud."

Cramming involves third-party companies that "cram" charges on phone bills for services customers never ordered or received. They are usually for a small amount, in hopes the consumer won't notice it and will go ahead and pay without questioning it.

The Illinois law doesn't extend anti-cramming protections in cellphones which CUB cites as the reason for the big increase in wireless cramming. The FCC is now considering tougher cellphone rules that would apply nationwide.

The extensive analysis of cellphone bills found the percentage of third-party charges that appeared to be fraudulent skyrocketed in the last year, from about 26 percent to 51 percent among Illinois consumers. The national rate of cellphone cramming is also rising, the report found, but not as fast as in Illinois.

Cramming charges averaged $3.76 a month in Illinois and $5.10 a month nationally.

Expanding those numbers to all of Illinois' 12.3 million cellphone subscribers, the scam has a potential impact of up to $1.4 million a year in the state. Apply the data to the nation's 321.7 million wireless subscribers, and the scam could cost callers up to $59 million a year.

Cramming is an unintended consequence of the Telecommunications Act, passed by Congress in the mid 1990s. It requires phone companies to place charges for services by third-party providers on customers' telephone bills.

The purpose was to promote competition, to make it easier for small telecommunications services firms to compete with the likes of Verizon and AT&T. In reality, scammers have used the law to charge consumers for services like web hosting and voice mail services that they never asked for or agreed to purchase.