Americans think the government should do more to protect personal privacy

In an odd juxtaposition, 80% of Americans say they use social media daily while 96% say they don't trust social networks to protect their privacy. You might wonder why so many people use something they think isn't safe, but that's a question that's seldom asked.

A recent survey conducted for the Craig Newmark Foundation provides a clue, however: we want the government to protect us.

The survey found that many Americans think privacy laws are too weak, with Millennials being the strongest advocates for tougher privacy protections.

Millennials and Baby Boomers are the groups most distrustful of social media, the survey found.

A majority of Americans surveyed also expressed concern about the lack of safety online, including fears over identity theft, email hacking, and non-consensual online tracking. 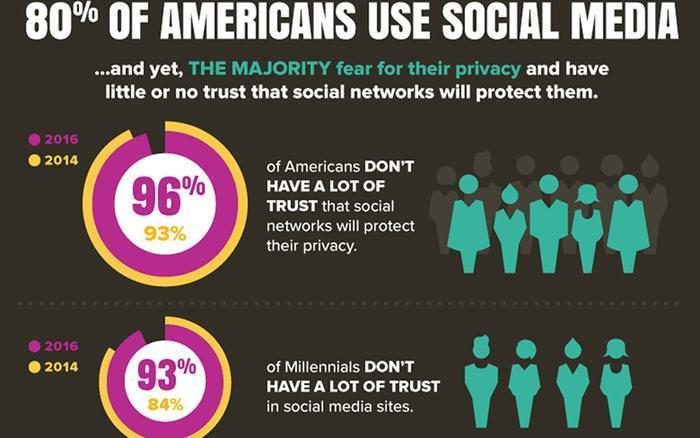 A recent Pew Research survey came to similar conclusions. It found that “68% of internet users believe current laws are not good enough in protecting people’s privacy online; and 64% believe the government should do more to regulate advertisers.” Americans also favor limits on how long the records of their activity are stored.

Pew also found that “young adults are more focused than elders when it comes to online privacy,” and many have tried to protect their privacy, removed their names from tagged photos, and taken steps to mask their identity. According to Pew, 74% of Americans say it is “very important” to be in control of their personal information