Consumers spent 2.6% more on new cars in May

Maybe it's time to look at a late model used car 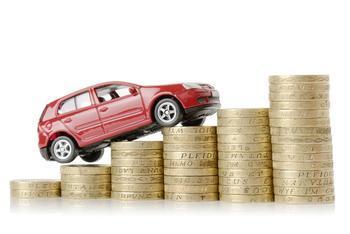 Incentives and special financing deals often make new cars attractive, but you can't get away from the fact that new cars cost a lot.

Kelley Blue Book (KBB) reports the average transaction price (ATP) consumers paid for cars and light trucks in May was an estimated $33,261, up 2.6% from May 2016. But that doesn't mean the sticker price was more.

"Transaction prices continue to climb at a steady rate, driven by the weakening sales mix of cars which is estimated at 38% in May, down from 41% one year ago," said Tim Fleming, analyst for Kelley Blue Book.

Compact SUV's were big sellers last month. With sales increasing 2% over the previous May, dealers were sell willing to negotiate, resulting in a slightly higher ATP. But Fleming says that may be changing.

"There are signs of discounts in SUV segments that are growing quickly, including subcompact and luxury SUVs, which are likely helping to fuel those segments' double-digit sales growth this year," he said.

Fiat Chrysler vehicles saw the biggest ATP increase, rising nearly 6%. Ford was close behind at 5%. Hyundai-Kia's May ATP was unchanged from the year before.

New car sales have slowed down this year, creating more incentives. But consumers who want to save money are also taking a look at late model used cars.

Because of the growing popularity of leasing new cars, used car lots are packed with three year-old vehicles that have just come off a lease. Because there are so many, dealers were able to pay less for them at auction and are in a position to sell them for a little less.

Difficult to get rid of them

Since the lightly used cars are entering a market that favors trucks and SUVs, the prices will fall, Jim Lentz, Toyota North America CEO told USA Today. "It's more difficult to get rid of them," he says. "You're going to have very attractive certified used passenger car payments relative to new passenger cars."

Carfax reported that used car dealers were offering incentives in May, usually reserved for new cars, on a wide selection of late model used cars.

Automotive publisher Edmunds.com has called the current used car market "one of the strongest buyer's markets in recent memory." However, the glut of used cars is mostly confined to recent models.

If the car you're driving is more than six years old, Edmunds says it might be worth more than you think, because there's a shortage of used cars in the lower price range.