Billboard, Pandora link shows the times they are a changin' 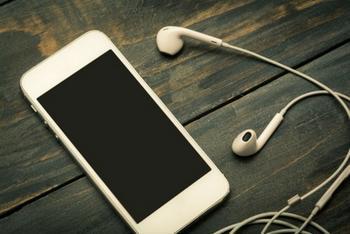 For decades, Billboard magazine carefully tracked record sales and which radio stations were playing which songs to compile its weekly list of America's most popular music.

Music consumers influenced the list mostly by making certain radio stations more popular than others. But like everything else, the internet is changing that paradigm.

Because consumers are now less likely to get their music from a radio station and more likely to stream it, Billboard says it continues to make the adjustment. Starting with next week's chart, Pandora streaming data will be included in judgments about music rankings.

Billboard says the addition is an immediate game-changer, with the Pandora data boosting at least 40 songs on the Hot 100. Nine titles improved their rank on the chart by five or more spots.

For example, Pandora's influence will boost Rihanna's "Sex With Me," Bebe Rexha's "I Got You," Jason Aldean's "Any Ol' Barstool," and "Chill Bill" by Rob $tone featuring J. Davi$ and Spooks.

In fact, "Chill Bill" was one of Pandora's top 10 most-streamed songs of the week, helping it move up 10 spots on Billboard's Hot 100. Pandora also helped two other songs break onto the chart -- Lady Gaga's "Million Reasons" and newcomer Callum Scott's "Dancing On My Own." "Million Reasons" had been on the Hot 100, but Billboard says the streaming data shows it remains popular with consumers.

John Amato, co-president of The Hollywood Reporter-Billboard Media Group says nearly 80 million consumers listen to Pandora every month, so it makes sense to incorporate that data into Billboard's charts, which so heavily influence the music industry.

"For decades, the charts have acted as a place where both artists measure success and fans discover music," he said.