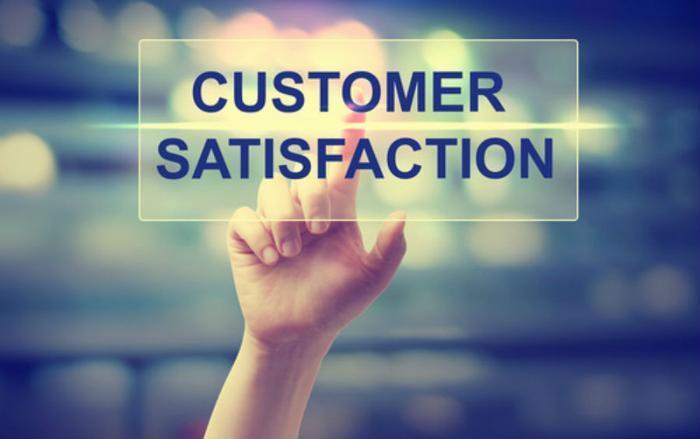 What's the best grocery chain? It's a matter of opinion, of course, but the annual American Customer Satisfaction Index (ACSI) Retail report finds consumers give Publix the highest marks when it comes to satisfaction.

Among supermarket chains, Publix increased its position by two percent over 2016 with a top score of 86. That not only beat all other supermarkets, it was also the highest score of any company in the retail category. Trader Joe's was not far behind, earning a score of 85.

"While Trader Joe's was unable to sustain its record-high score from last year, customer satisfaction with the grocer is still extremely high for a brick-and-mortar retailer, on par with Amazon's score in the internet retail category," said David VanAmburg, Managing Director at ACSI.

Whole Foods held its previous position at 81, but ACSI says its position may change under its new ownership by Amazon. But since the online retailer acquired Whole Foods at mid-year, and only recently rolled out deliveries, ACSI concludes it is too early to tell what effect it's going to have.

Walmart, meanwhile, had the lowest score among supermarkets -- a position it's held the previous 12 years.

When it comes to large chain pharmacies, consumers give the highest marks to Kmart and Kroger, neither of which is a pure play drug store. They tied in that category with a score of 80.

CVS was third at 78, its best ever showing, while Walgreens and Rite Aid both scored 77. As in the supermarket category, Walmart brought up the rear with a score of 75.

"CVS was one of only two large chains to improve, gaining three percent over its 2016 score," VanAmburg said. "The health care retailer may be trying to preempt the Amazon threat, shoring up both customer and employee satisfaction ahead of its planned merger with Aetna."

Among department stores, consumers appear to prefer discount clubs. Costco led the category with a score of 83, followed by Sam's Club and BJ's, tied at 80.

Overall, the retail industry earned a customer satisfaction score of 78.1 last year, nearly the same as the year before. The takeaway from all of this is that savvy retailers are making moves to keep Amazon at bay. ACSI says some sectors are doing it better than others.

VanAmberg points to supermarkets as examples of how retailers are using customer satisfaction as a way to win consumers' loyalty and ward off Amazon's push into new retail areas.