Consumers can boost heart health by walking or biking to work 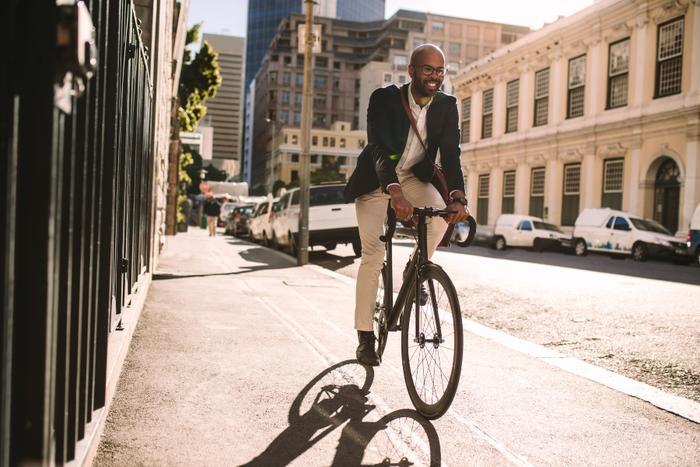 While recent studies have found that consumers’ commuting habits can affect their food choices and their overall health, a new study conducted by researchers from the University of Leeds found that being more active during a commute can have positive health benefits.

According to the researchers, consumers who choose to walk or bike to work could also be preventing their risk of a heart attack.

“Our study at the University of Leeds shows that exercise as a means of commuting to work is associated with lower levels of heart attack,” said researcher Alistair Brownlee. “The benefits of regular exercise are numerous and we support initiatives to help everyone become and stay active.”

Previous studies have shown how staying active is crucial for consumers to better their heart health. For this study, the researchers analyzed data from over 43 million people to determine how commuting played a role in that.

Of those involved in the study, under 12 percent were active commuters, meaning they walked or biked to work each day. While walking was a more popular commuting option than biking, the researchers did find that men were more likely to bike than women, whereas more women opted to bike than men.

After analyzing the participants’ health records for two years, the study revealed that being more active on the way to and from work was beneficial in boosting health outcomes, particularly when it came to preventing heart attack.

“The effect of active commuting is fairly modest when compared with the stronger determinants of cardiovascular health such as smoking, obesity, diabetes, and regular exercise,” said researcher Chris Gale. “However, this study clearly suggests that exercising on the way to work has the potential to bring nationwide improvements to health and wellbeing.”

Even a little activity helps

Active commuting isn’t always possible for many consumers, but the researchers hope that lawmakers do their part to make it easier for employees to walk or bike to work. Until that happens, they encourage consumers to do their part on their daily trips to and from work, as even incorporating minor physical activity could help improve health outcomes.

“Upgrading your commute -- by swapping the gas pedal for a bike pedal -- is a great way to get your heart pumping on a daily basis,” said researcher Metin Avkiran. “If that’s not an option, parking a few streets away or getting off the bus a few stops early can help pave the way to a longer, healthier life.”