Energy costs were a major contributor 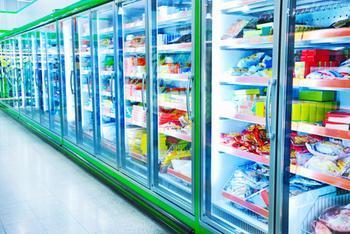 A smidgeon of inflation in April.

The Labor Department (DOL) reports its Consumer Price Index rose a slight 0.2% on a seasonally adjusted basis in April, and is up 2.2% over the last 12 months.

The cost of food was up just 0.2%, but it was the fourth increase in a row.

The grocery prices component was up 0.2%, with fruits and vegetables costs up 2.2%, thanks to a 5.1% surge for fresh vegetables -- the largest increase since February 2011.

Grocery prices have fallen 0.8% over the past year, while the cost of restaurant meals, which was up 0.2% in April, posted a year-over year gain of 2.3%.

The cost of all items excluding the volatile food and energy categories -- the “core” rate of inflation -- rose 0.1% in April after

declining in March. Increased costs were registered for housing (+0.3%) and tobacco (+4.2), along with alcoholic beverages, education and personal care.

Areas that saw declines included communication, with prices for wireless phone service down 1.7%, along with medical care (-0.2%), used cars and trucks (-0.5) and clothing (-0.3%).

The core rate of inflation rose 1.9% over the last 12 months compared with an average annual increase 1.8% over the past decade.