The decline is the first in three months 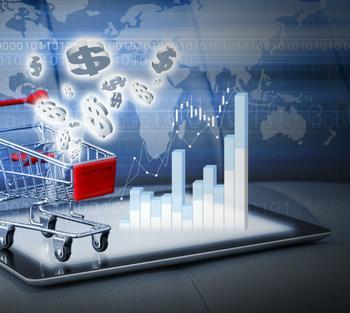 After posting increases for two consecutive months, The Conference Board's Consumer Confidence Index, which measures consumers’ optimism related to the economy based on their saving and spending activity, lost ground in September.

The reading of 119.8 is down 0.6 points from August, with the Present Situation Index falling 2.3 points from the previous month. However, the Expectations Index shot up 0.5 points to 102.2.

Hurricanes Harvey and Irma, which struck earlier in the month, had an effect on the readings.

“Confidence in Texas and Florida, however, decreased considerably, as these two states were the most severely impacted by Hurricanes Harvey and Irma,” said said Lynn Franco, Conference Board Director of Economic Indicators.

“Despite the slight downtick in confidence,” she added, “consumers’ assessment of current conditions remains quite favorable and their expectations for the short-term suggest the economy will continue expanding at its current pace.”

There was a bit of moderation in September of consumers’ assessment of current conditions. Those who see business conditions as “good” slipped from 34.5% to 33.9%, while those who believe conditions are “bad” rose to 13.8% from 13.2%.

There was a bit more optimism for short-term outlook in this latest survey. The percentage of consumers expecting business conditions to improve over the next six months inched up to 20.2% from 19.8%. On the other hand, those anticipating conditions to worsen also increases -- from 8.0% to 9.9%.

Consumers’ outlook for the labor market was more favorable than in August. The proportion expecting to see more jobs in the months ahead jumped to 19.5% from 16.8%. Still, the number of people who think there will be fewer jobs was also on the rise from 13.2% to 13.5%.

As far as short-term income prospects are concerned, 20.5% expect there'll be some improvement, up 0.6% from August, while the proportion expecting a decline was virtually unchanged at 8.3%.

The monthly consumer confidence survey, conducted for The Conference Board by Nielsen, is based on a probability-design random sample. The cutoff date for the preliminary results was September 18.