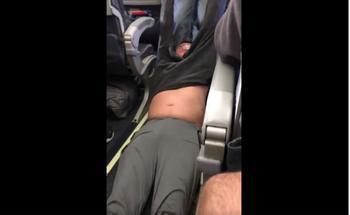 United Airlines has already reached an undisclosed settlement with Dr. David Dao, the passenger dragged off of one of its planes. The airline has also announced several policy changes is says will prevent future such incidents.

But its ordeal in the aftermath of the public relations disaster is not over. United CEO Oscar Munoz and other top airlines executives are being hauled before the House Transportation and Infrastructure Committee, whose members say they still have questions about what happened aboard United Flight 3411 on April 9.

The committee said the subject of the hearing is airlines customer service policies and issues, both the good and no-so-good.

“The oversight hearing will give committee members an opportunity to get much-needed answers about airline customer service policies and what is being done to improve service for the flying public,” said Transportation and Infrastructure Committee Chairman Bill Shuster (R-Pa.).

The committee is also scheduled to hear from William McGee, an aviation consultant with Consumers Union, publisher of Consumer Reports.

The incident aboard the Chicago to Louisville United Express flight touched a nerve among airline passengers all over the U.S., who have experienced less comfortable air travel over the last decade. Since the financial crisis, airlines have added fees to check bags and for other things that were provided free in the past. There are fewer flights and more flights that are booked to capacity. Factor in all the post-911 security measures, and flying has, for many, because a thoroughly unpleasant experience.

The April 9 incident aboard United Flight 3411 occurred because the small jet was full and mostly boarded when United announced it needed to get four employees to Louisville to work the next day. It found three passengers who voluntarily gave up their seats. When Dao was involuntarily bumped to make room for the fourth, he refused to give up his seat.

The airline summoned security personnel who ultimately used force to remove Dao from his seat and drag him from the aircraft, in front of horrified passengers, many of whom video taped the scene on their smartphones.

Dao's attorney said his client was seriously injured in the encounter, suffering a concussion, a broken nose, and damaged teeth.