Cable TV firms may see their futures in streaming content 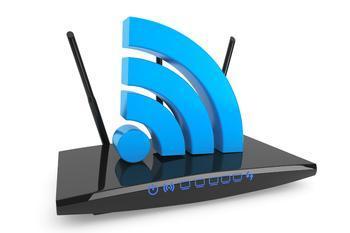 Instead of shrinking, consumers' choices when it comes to wireless services may be growing. Two huge cable TV companies, Comcast and Charter Communications, have announced they are working together to set up a nationwide wireless service, offering voice and data.

That would put them head-to-head against the big four – Verizon, AT&T, Sprint, and T-Mobile.

Both Comcast and Charter currently offer a wireless service within their market footprints using Verizon, but the two companies apparently have bigger ambitions. By combining their markets, they hope to compete on a nationwide scale.

The announcement is only that the two companies have agreed to jointly explore the establishment of a separate wireless service. They want to determine whether it is feasible to create common operating platforms and technical standards that would be compatible with emerging wireless technology platforms.

Comcast says it expects the efficiencies created by the collaboration would provide more choice for consumers and new, innovative products.

"At Charter, we have a tremendous opportunity in front of us in the wireless space,” said Tom Rutledge, Chairman and CEO of Charter. “Within our footprint, our network is perfectly suited to provide the data-rich wireless services that customers are increasingly demanding.”

Where things are going

The fact that two cable TV giants are looking for ways to get into a full-scale wireless business may tell you something about where that industry sees things going. Last week research firm MoffettNathanson reported cable TV lost a record 762,000 subscribers in the first quarter of this year, a huge increase over the 141,000 who cut the cord in the first quarter of 2016.

But is it because consumers prefer to watch TV on the internet, and on mobile devices instead of their living room sofas? Or is it because pay TV is increasingly pricing itself out of the market?

Our recent reporting on the subject suggests it could be the latter, with an increasing number of low-cost over-the-top services providing both limited live TV as well as video on demand. Consumers are finding they can create their own bundles, sometimes saving $50 or more per month.