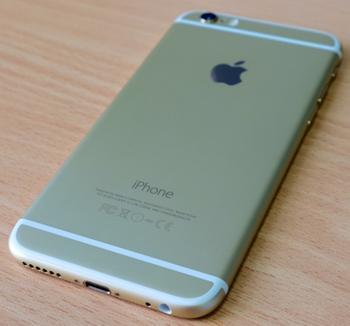 While there is no doubt that Apple and its flagship iPhone have legions of fans, the product has its detractors. Perhaps the most notable at the moment is the Chinese government.

According to Quartz, Chinese consumers have been complaining recently about the iPhone 6 series just shutting down unexpectedly. The Chinese Consumers Association took the extraordinary step of calling out the Cupertino, Calif., firm for not addressing the problem. It further charged that Apple is failing to “meet basic consumer needs for normal wireless communication.”

The Chinese agency might be losing patience, since Quartz points out it's the second formal complain the government agency has sent Apple in the last month.

The issue is tied to battery life

The complaint has to do with battery life. Quartz says consumers have been complaining that the iPhones have been shutting down, even though the battery life indicator is still showing 30%.

ConsumerAffairs readers have also been registering complaints about the iPhone 6 series lately.

“Have an iPhone 6 Working fine, but after installing iOS 10, my battery life is draining,” writes Roman, of North Hollywood, Calif. “AppleCare says that my battery has been consumed, and that it's just a coincidence that the battery won't hold a charge since I've installed the update.”

We're also getting complaints about the iPhone 6 touch screen, notably from many of our international readers. Rahul of Noida, India, reports his touch screen stopped working three months after he bought his iPhone. Closer to home, Barry of Sparland, Ill., also reports a touch screen issue.

“I started having trouble with my iPhone 6, touch screen nonresponsive, screen crashes, thumb scanner acting up,” Barry writes in a ConsumerAffairs post.

Maroof of Dubai, reports his iPhone 7 started giving him software problems within two weeks of his purchase.

“Home button becomes irresponsive,” Maroof writes. “You cannot even turn off the phone since home screen is frozen.”

As for Chinese consumers' iPhone angst, Quartz reports Apple sent out many replacement batteries, but the Chinese Consumers Association says that didn't solve the shutdown problem. It wants a more complete explanation from Apple.

Apple Insider, meanwhile, reports Apple insists the shut down problem is limited to a small number of devices manufactured in September and October 2015. The company says a battery component was exposed to ambient air for too long a period, leading it to degrade faster than it should.