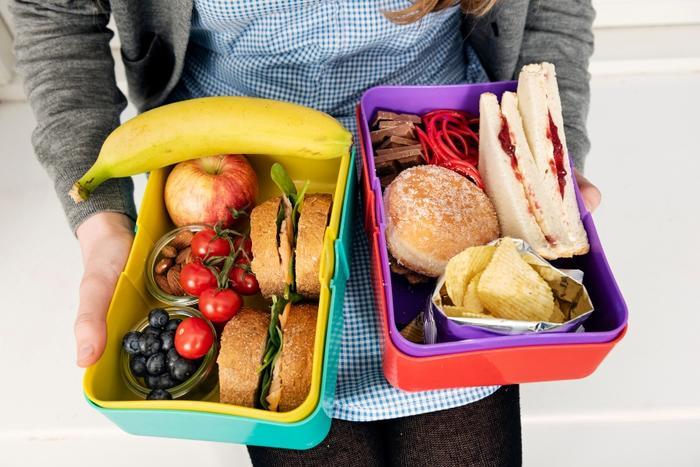 With parents looking for more creative ways to guide their children to make healthier choices, a recent study conducted by researchers from the University of Leeds found that what kids eat while at school could impact their overall well-being.

According to the study, the researchers found that kids who are bringing packed lunches to school aren’t necessarily eating the right foods. The majority of kids’ lunches aren’t meeting nutritional requirements, and incorporating more fruits and vegetables is key.

“The research has found that on some fronts, packed lunches have improved but they are still dominated by sweet and savoury snack food and sugary drinks,” said researcher Dr. Charlotte Evans. “The vast majority provide poor nutritional quality. Addressing that issue over the next 10 years will require a concerted effort. Improving what children eat at school will help reduce the risk of childhood obesity.”

To understand what kids are eating at lunch and how it can be improved to boost their health, the researchers analyzed kids’ lunches at an elementary school in 2006 and then again in 2016.

Moreover, the researchers found that two factors didn’t change at all in kids’ lunchboxes over the course of the 10 year study -- the saturated fat content and the serving size of potato chips, both of which remained high. The study also revealed that many of the items kids ate at lunchtime were high in sugar, though sweet treats were on the decline.

The researchers acknowledged that it can be both time-consuming and costly to prepare kids’ lunches, but it’s important that parents try to have their kids work with them to plan their lunches ahead of time. This can yield healthier lunches, and also ensure that lunch is ready before the morning rush.

One recent study also found that kids were more likely to make healthier choices after watching cooking shows, as doing so helped keep them engaged in what they’re eating and prompted healthier mealtimes.