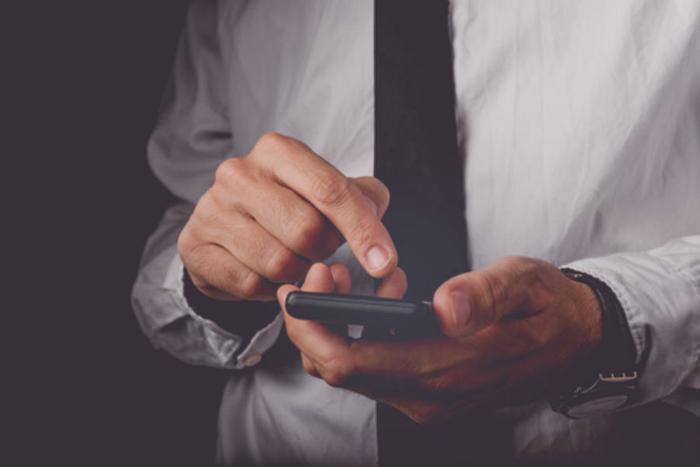 The effects of excessive smartphone use -- on our brains, specifically -- has come under question in recent years. Many say too much cell phone use can venture into addiction territory, while others say the word addiction is too strong to describe one’s relationship with technology.

But as it turns out, the reason you go online or pull out your device may play an important role in determining the health of your relationship with technology. A new study from the University of Illinois has found a link between mobile devices, depression, and anxiety in college-aged students -- but not in the way that you might think.

The study found that cell phones themselves were not the cause of any negative mental health outcomes. Rather, it was the way students treated mobile technology which affected their mental health.

"People who self-described as having really addictive style behaviors toward the Internet and cellphones scored much higher on depression and anxiety scales," said Alejandro Lleras, U of I psychology professor and the study’s conductor.

Lleras said the goal of the study -- published recently in the journal, Computers in Human Behavior -- was to see if addictive and self-destructive behaviors with phones and the Internet related to mental health.

But the researchers did not find any evidence that phones and the Internet were related to negative mental health outcomes, at least when it came to their use as boredom busters. In other words, what really matters is the “why” behind a person’s Internet or electronic device use.

Students who participated in the survey were asked questions such as, “Do you think your academic work performance has been negatively affected by your cell phone use?” and “Do you think life without the internet is boring, empty, and sad?” Presumably, those who answered “yes” to such questions were more at risk of suffering adverse mental health consequences as a result of device use.

A follow-up study sought to examine the effects of simply having (but not using) a cell phone during a stressful situation. While in the stressful situation, some of the study’s participants were able to keep their phones and some were not. Those who retained their cell phones were less likely to be negatively affected by stress.

“Having access to a phone seemed to allow that group to resist or to be less sensitive to the stress manipulation,” said Lleras in a statement.

The anxiety-tempering effects of having a cell phone seem to suggest that our devices might be something of a modern day security blanket.

But while Lleras says the role of phones as comfort items is “tenuous,” he says the relationship between mental health and one’s motivation to use their device should be further explored. Breaking addictive technology habits may play a key role in supplementing treatment for mental health issues like general anxiety disorder or depression, he said.

“We shouldn’t be scared of people connecting online or talking on their phones,” concluded Lleras. “The interaction with the device is not going to make you depressed if you are just using it when you are bored.” He says this knowledge should help ease public anxiety over new technology.