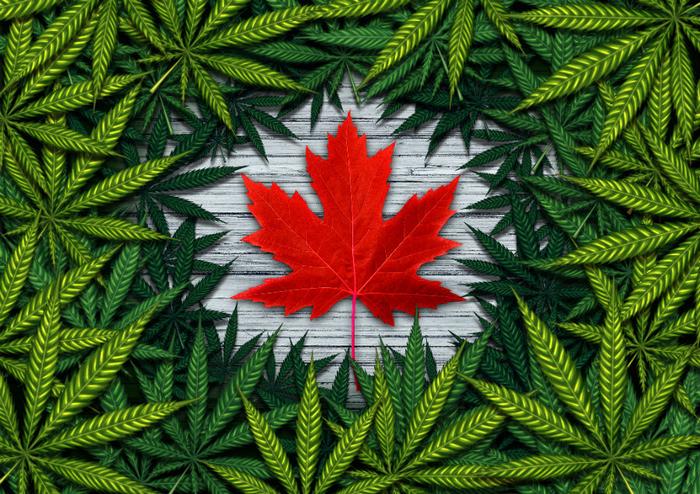 Canada has become the second nation in the world to legalize cannabis at the federal level with a new law that backers say will allow for more government regulation.

“It’s been too easy for our kids to get marijuana - and for criminals to reap the profits,” Prime Minister Justin Trudeau said on social media.

In Canada, much like in the United States, people of color are more likely to be arrested for marijuana-related offenses despite smoking marijuana at the same amount that whites do. But Canada's new law may be a disappointment for criminal justice advocates, as it does not decriminalize weed or pardon past marijuana convictions.

While such a measure isn’t included in the new legalization bill, Canada’s public safety minister has previously announced plans to consider similar decriminalization proposals after July 1.

Meanwhile, under the new law as it stands, adults can possess no more than one ounce of cannabis in public. Canadian consumers must be at least 18 to purchase legal weed. Edibles are not yet available, but when they are, the products will have to be labeled with strict health warnings.

Failing to comply with the regulations still comes with stiff penalties -- selling weed to a minor is punishable by up to 14 years in prison under the new law.

Uruguay was the first nation to legalize and regulate marijuana at the federal level last year. However, the industry hasn’t taken off as strongly as locals hoped due in large part to stringent anti-drug laws that govern banks in the United States.

Large banks reportedly refused to work with Uruguay-based cannabis companies out of fear of breaking United States financial laws. It’s a similar problem plaguing legal cannabis businesses in the U.S., resulting in scenarios that include California weed businesses paying their taxes in cash.

However, Canada’s weed industry may avoid such headaches. In January, Canada’s Bank of Montreal announced that it would help finance a legal cannabis operation.

Canadian cannabis companies surged in the stock market on Wednesday shortly after the legislation was passed.