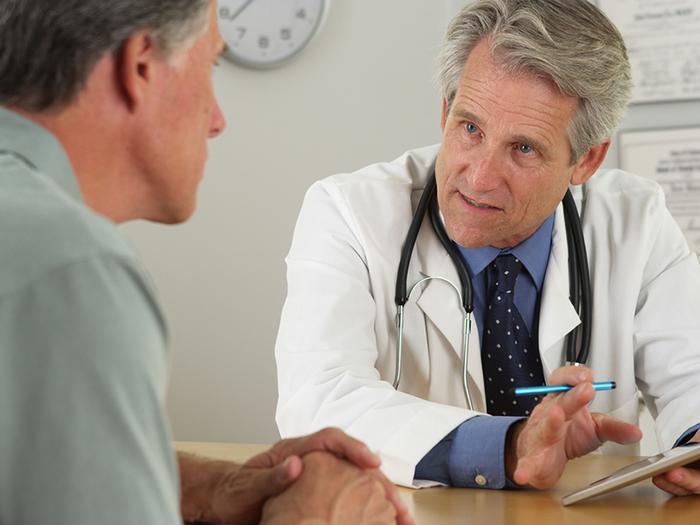 Have a headache, indigestion, or a weird-looking mole? You can head to any number of websites to input your symptoms and get a list of potential diagnoses, which nearly always include cancer, diabetes, heart failure, and other dire-sounding conditions.

After all, computers are more powerful than ever and the alogrithms that run online platforms are written by really smart web developers, so they're surely just as good as -- maybe even better than -- something your dumb old doctor would come up with.

According to a study led by researchers at Harvard Medical School, the answer is "false." The findings, published today in JAMA Internal Medicine, show that physicians' performance is vastly superior and that doctors make a correct diagnosis more than twice as often as 23 commonly used symptom-checker apps.

It's believe to be the first direct comparison between human-made and computer-based diagnoses.

The problem of diagnostic errors is a thorny one, with doctors failing to recognize a disease in a timely manner roughly 10 to 15 percent of the time. Over the last few decades, computerized checklists and other digital failsafes have been developed to reduce medication errors, streamline infection-prevention protocols, and generally provide what might be termed a second set of eyes and ears.

The researchers wanted to find out if digital diagnosis could reduce diagnostic errors. So, they signed up 234 internal medicine physicians and asked them to evaluate 45 clinical cases, coming up with the most likely diagnosis and two additional possible diagnoses.

The difference between physician and computer performance was most dramatic in more severe and less common conditions. It was smaller for less acute and more common illnesses.

"While the computer programs were clearly inferior to physicians in terms of diagnostic accuracy, it will be critical to study future generations of computer programs that may be more accurate," said senior investigator Ateev Mehrotra, an associate professor of health care policy at HMS.

While they outperformed the machines, the human physicians still made errors in about 15 percent of the cases, leading the researchers to say that developing better algorithms to be used in conjunction with human decision-making could further reduce errors.

"Clinical diagnosis is currently as much art as it is science, but there is great promise for technology to help augment clinical diagnoses," Mehrotra said. "That is the true value proposition of these tools."