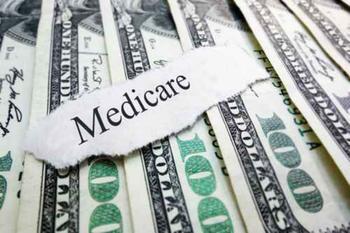 The costs of Medicare are quickly rising and are likely to rise even more in the years ahead as more Baby Boomers are enrolled. It has many lawmakers and policymakers looking for ways to cut costs.

Researchers at University of California San Diego School of Medicine have a suggestion: take a hard look at how Medicare Advantage plans are funded.

In a report published in the journal Health Affairs, the researchers contend that Medicare could over-pay Medicare Advantage plans by $200 billion over 10 years.

Payment method is the problem

The problem is, there is really no way to know. The researchers say Medicare Advantage plan administrators "have strong incentives to find and report as many diagnoses as they can," meaning they get more money from Medicare. This is called “coding intensity.”

Principal investigator Richard Kronick says Congress and the Centers for Medicare and Medicaid (CMS) should establish a payment system that protects taxpayers from strategies used by Medicare Advantage plans to boost their revenue.

“The projected $200 billion in over-payments over the next ten years is stunningly large in absolute dollar terms," he said. "To provide some perspective, federal support for community health centers is approximately $5 billion per year.”

Kronick says more than 30% of people on Medicare have opted for a Medicare Advantage program. To reduce the cost to the taxpayer, he says the payment system should be adjusted to make no distinction in the health of those in Medicare Advantage plans and those on Original Medicare.