It's the first U.S. brand in 30 years to earn one of the top reliability ratings 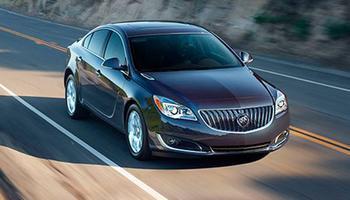 Buick has finally made it into Consumer Reports' "most reliable" brands, an honor it had been close to achieving for the last several years. It joins longtime leaders Lexus and Toyota on the podium.

Somewhere down below is the Honda Civic, which this year has been smacked with the "much-worse-than-average" reliability label because of problems with its power equipment and infotainment systems. It's particularly galling since the Civic was North American Car of the Year for 2016.

The findings were announced during a press conference before the Automotive Press Association in Detroit today.

Chevrolet ranks as the second-best domestic brand and is in 15th place overall among the 29 brands covered.

Consumer Reports has been publishing brand reliability ratings since 2001 and U.S. brands have lagged behind Japanese and European imports nearly all of that time.

“Buick’s achievement is commendable and sure to be a wake-up call to other manufacturers,” said Jake Fisher, Consumer Reports’ director of automotive testing. “One reason why the brand has been able to leapfrog others in the General Motors’ stable has been its limited vehicle lineup--with none of the pickups and truck-based SUVs that have negatively impacted Cadillac and Chevrolet.”

All of the Asian nameplates scored among the top half of the 29 brands tested, accounting for seven of the top 10 spots. Lexus and Toyota continued their domination, finishing in first and second place for the fourth straight year. All nine Lexus models CR rated had better-than-average reliability, as would have Toyota, had it not been for the below average score of the redesigned 2016 Tacoma pickup truck.

Among the other Asian brands, Infiniti made the biggest gain, while Acura was up six spots and Nissan moved up two. All Mazda models remained above average except for the new CX-3 small SUV, which came in at average. Kia and Hyundai continue to surge up the rankings, coming in at five and seven this year. No Kia or Hyundai models scored below average.

Honda has continued with its erratic trajectory, making landfall at number 10 among all brands. Usually a top finisher known for reliability, the brand has been hurt by new introductions. In addition to the new Civic, the redesigned Pilot SUV was just average.

Infiniti continued its erratic ways, jumping 16 spots to number eight. The older QX50 SUV and Q70 sedan had top scores, but the newer QX60 SUV and Q50 sedan were below average. BMW also moved into the top 10, with the 5 Series, X5, and i3 improving to average.

Audi has had several years of upward progress, and it continues to rank in the top five. The new Q7 and the Q3 SUVs were very reliable. Other European brands continue their inconsistency.  Mercedes was one of the big movers, jumping four spots to number 17.

Volkswagen and Volvo tumbled. Aside from the Tiguan SUV, all other VW models had below average reliability. The redesigned XC90 led Volvo’s plunge to the bottom third ranking, with its touch-screen infotainment and climate systems being particularly problematic.