Blueberries’ color may be the reason why they lower blood pressure

Researchers say a natural chemical in the fruit improves health 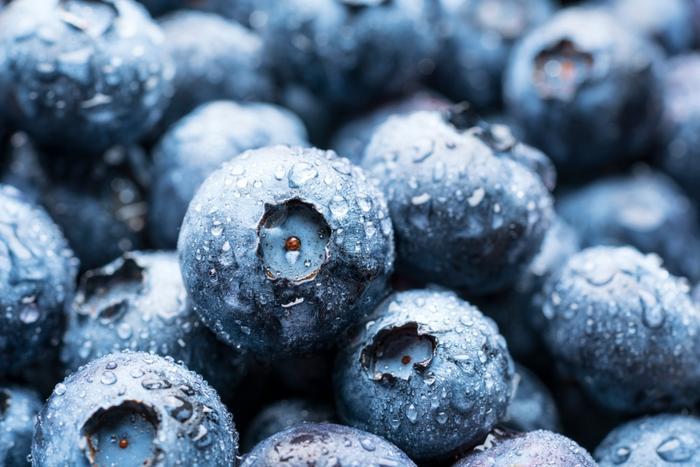 Fruits and vegetables provide our bodies with essential vitamins and nutrients that can affect both our physical and mental health, and now, researchers have confirmed that one fruit could be beneficial in lowering blood pressure.

A new study found that consumers can effectively lower their blood pressure and improve their blood vessel function by eating 200g of blueberries every day for one month.

“If the changes we saw in blood vessel function after eating blueberries every day could be sustained for a person’s whole life, it could reduce their risk of developing cardiovascular disease by up to 20 percent,” said lead researcher Dr. Ana Rodriguez-Mateos.

It’s all in the blue

The researchers performed two experiments to determine the effects that blueberries had on cardiovascular health.

In the first one, 40 volunteers were given a drink that either contained 200g of blueberries or a control beverage that was equal in nutrients every day for one month. The researchers evaluated participants’ urine, blood, blood pressure, and blood vessel function.

The follow-up experiment explored how anthocyanin -- the photochemical responsible for the blue color in blueberries -- affected participants’ vitals. In this step of the study, participants were given a drink with purified anthocyanins or a control drink that either matched blueberries’ levels of vitamins and minerals or fiber.

By the end of the month, the participants’ who were consuming the blueberry drinks saw a decrease in blood pressure numerically similar to people who have spent a month on blood pressure medication.

Moreover, researchers noticed an improvement in blood vessel function in participants who had the blueberry drink as quickly as two hours after consumption, and the effects lasted through the end of the study. The researchers didn’t record a large change in either blood pressure or blood vessel function for those who consumed the control beverages.

Overall, the researchers give the credit to the anthocyanin.

“Although it is best to eat the whole blueberry to get the full benefit, our study finds that the majority of the effects can be explained by anthocyanins,” Dr. Rodriguez-Mateos said.

Over 100 million Americans struggle with high blood pressure. Recently, the American College of Cardiology (ACC) and the American Heart Association (AHA) released new blood pressure guidelines that could be the key to preventing cardiovascular disease in the future.

The new guidelines lower the standards what was previously considered high blood pressure in an effort to have physicians intervene with their patients at earlier stages. While this would mark many more people as having high blood pressure, the experts also believe it will prevent over three million cardiovascular issues moving forward.

Additionally, legislators have been working to mandate smoke-free policies inside public buildings, which has also been beneficial in lowering blood pressure.