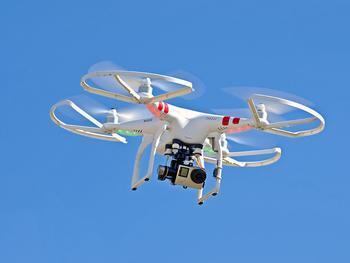 Privacy advocates have been pushing for protecting consumers from overhead drones, and now a Congressional bill aims to do just that. The Drone Aircraft Privacy and Transparency Act of 2017 was introduced yesterday by Sen. Ed Markey (D-Mass.) and Rep. Peter Welch (D-Vt.).

"Drones flying overhead could collect very sensitive and personally identifiable information about millions of Americans, but right now, we don't have sufficient safeguards in place to protect our privacy," said Markey. The lawmakers introduced similar legislation in the last Congress but no action was taken.

The measure would set standards for informing the public about the location, timing, and ownership of unmanned aerial vehicles. It would also require privacy protection provisions relating to data collection and minimization, disclosure, warrant requirements for law enforcement, and enforcement measures in the licensing and operation of drones.

The FAA estimates that as many as 2,700,000 commercial unmanned aircraft systems will be sold each year in the United States by 2020.

“As the presence of drones in our airspace becomes more commonplace, Americans are rightly growing concerned about their privacy,” said Rep. Welch in a statement. “Drones are a valuable tool for commerce, law enforcement, and public safety as well as a fun hobby. Our statutes must be updated to reflect the emergence of this soon-to-be ubiquitous technology to ensure privacy and transparency in their operation and use.”