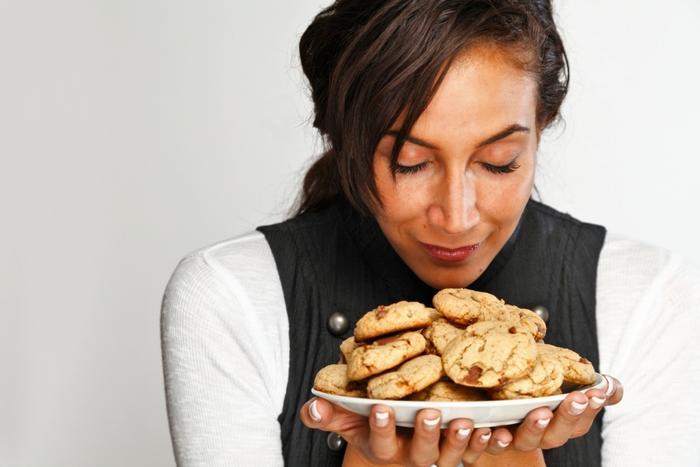 With the start of the new year, many consumers take the time to rededicate themselves to following a health diet. However well-intentioned these plans are, there’s always the temptation to swap a salad for a cheeseburger.

To help combat fattening food cravings, researchers from the University of South Florida recently conducted a study that found that surrounding yourself with the smells of fattening foods for at least two minutes is a great way for consumers to steer clear of the extra calories.

“Ambient scent can be a powerful tool to resist cravings for indulgent foods,” said lead researcher Dipayan Biswas, PhD. “In fact, subtle sensory stimuli like scents can be more effective in influencing children’s and adults’ food choices than restrictive policies.”

Biswas and his team set out to discover how scent would effectively curb cravings, and they learned that the amount of time consumers are exposed to the smells is what matters most.

The researchers conducted the first part of their experiment in a middle school cafeteria, where they injected scents of either pizza or apples through nebulizers that couldn’t be directly seen. The scents were filtered on alternating days, and the researchers took note of the students’ subsequent purchasing options depending on what scent was in the air.

On days when the apple scent permeated the cafeteria, students were more likely to purchase unhealthy food and drinks, whereas on days when they smelled the pizza, they made healthier lunch choices.

Biswas and his team join several other researchers of late who have looked into the best ways for consumers to fight their food cravings.

A study at the end of last year looked at nearly 30 scientific studies to produce a comprehensive list of effective ways to kick cravings.

Researchers found that losing weight can decrease cravings, while frequent exercise can increase cravings. Moreover, cutting out foods from your diet was found to work better than portion control, while certain prescription drugs were also found to help fight cravings.

Additionally, a separate study found that withdrawal from junk food is similar to what addicts experience when they stop using drugs.

For those whose diets consisted primarily of junk food, the symptoms were particularly strong, and many reported feeling fatigued, sad, and irritable. However, if consumers can get past the first five days, the symptoms reportedly decreased.