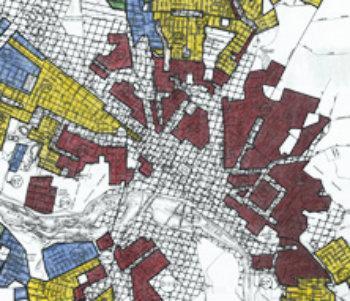 Bancorp South will pay more than $10 million to settle charges that it "redlined" consumers taking out mortgages in minority communities in the Memphis, Tennessee, area.

The Justice Department and the Consumer Financial Protection Bureau (CFPB) charged that the bank discriminated against African-Americans and other minorities in certain neighborhoods in the Memphis area and in neighboring areas of Mississippi and Arkansas. Bancorp South will pay nearly $7 million in relief for victims of the illegal practices and will invest $800,000 in advertising and outreach efforts. It will also pay a $3 million civil penalty. The settlement agreement is subject to court approval.

“When banks discriminate on the basis of race, they violate our civil rights laws and threaten the foundation of a fair economy,” said Principal Deputy Assistant Attorney General Vanita Gupta, head of the Justice Department’s Civil Rights Division.  “The Civil Rights Division will continue to enforce our nation’s fair lending laws to ensure that qualified applicants and borrowers can access credit and invest in their financial future without facing unlawful barriers.”

“BancorpSouth’s discrimination throughout the mortgage lending process harmed the people who were overcharged or denied their dream of homeownership based on their race, and it harmed the Memphis minority neighborhoods that were redlined and denied equal access to affordable credit,” said CFPB Director Richard Cordray.

“Today’s action is a reminder that redlining and overt discrimination are not yet remnants of the past, and that federal enforcement is needed to bring real relief to communities and individuals. The Consumer Bureau and the Department of Justice will continue working together to root out discrimination in the marketplace and ensure consumers receive fair and equal treatment under the law.”

The complaint alleges that from at least 2011 to 2013, BancorpSouth engaged in redlining and thereby failed to serve the credit needs of predominantly minority neighborhoods in the region.

It also alleges the bank had only limited standards in place to ensure that loan officers price mortgage loans fairly and consistently. Such wide flexibility in loan underwriting and pricing resulted in the bank’s denying African-American applicants for mortgage loans at significantly higher rates than white applicants with similar credit profiles. It also resulted in the bank charging African-American borrowers higher interest rates than comparable white borrowers.