Those rates will probably go even higher in the months ahead 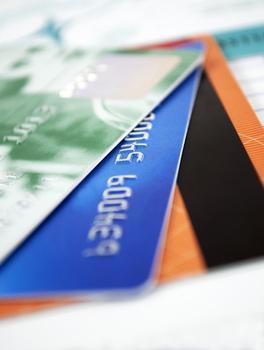 If you carry a balance on your credit cards, it's costing you more to do so. The average rate on 100 popular credit cards has risen to 16%, a record since CreditCards.com has been tracking the average.

Rates will probably keep going up

The bad news for consumers carrying a credit card balance is those rates are probably going to continue going higher. Since the financial crisis, credit card interest rates have remained fairly stable because they are tied to the Federal Funds Rate, the key interest rate controlled by the Federal Reserve.

At the end of 2008, the Fed dropped that rate to near zero and kept it there for years, in hopes it would help the economy recover. Consumers with credit card balances have gotten accustomed to the interest rate they've been paying the last several years.

The Fed now appears to be ready to "normalize" that interest rate and raised it twice so far in 2017. That's going to have the effect of nudging credit card interest rates higher.

CreditCards.com says this week's average rate increase was tied to the Fed's June 14 rate hike. Since then, several card companies have increased rates by the same amount, including Citi, American Express and US Bank.

The current interest rate environment may make it prudent to transfer a credit card balance to a card offering an introductory period of 0% interest, so that 100% of the monthly payment goes to paying down the principal.

The good news, says the CreditCards.com report, is the average length of interest-free balance transfer offers has increased slightly in the last week.

You can learn more about balance transfer options here.