Are you headed for a retirement crisis?

One expert says you may not be 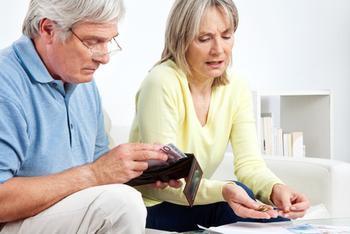 Talk about retirement can be scary. No one knows how long they will live, nor how much money they will need.

Numbers are thrown around by any number of experts and organizations focused on retirement planning, but no one really knows for sure. Consumers only know they probably don't have enough money saved up. Or at least, that's the constant message.

Then there is Tom Sightings, a financial writer and contributor to US News. Sightings says he doubts very seriously that America faces a “retirement crisis.” He gives five reasons.

While it may be true that many Baby Boomers lack retirement savings, Sightings points out that many are among the last to receive pensions. That resource, he says, can add up to a lot of money over a lifetime.

The surveys that show working Americans aren't saving for retirement include all workers, including those in their twenties and thirties. There's still plenty of time for them to start.

Social Security may be in bad shape, but there's still time to fix it. And current law calls for cuts in Social Security if it can't be fixed, not its elimination.

Retirees are pretty good at finding extra sources of income. That reduces the number retiring entirely on Social Security.

No doubt many professionals and organizations in the wealth management industry will take exception to Sightings' point of view. For one, the Indexed Annuity Leadership Council, released a report  shows Baby Boomers are woefully unprepared for retirement. It claims Baby Boomers will need at least $250,000 just to cover health care costs in retirement.

Putting money aside for retirement, of course, is never a bad idea, but it should be part of an overall retirement strategy. Part of that strategy may be a part-time retirement job that you enjoy. Part may be reducing costs by downsizing or relocating.

Consumers approaching retirement may benefit from talking with an objective financial adviser. You'll probably get the best advice, most tailored to your specific needs, if that adviser isn't also trying to sell a financial product at the same time.