Are energy drinks a source of heart trouble? 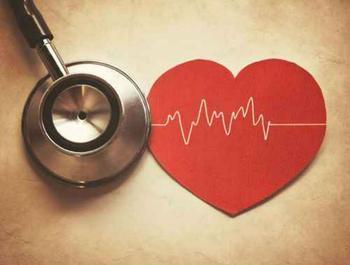 Americans love their caffeine. Whether it's in coffee, soft drinks, chocolate, or energy drinks, we seem to need a caffeine buzz to get through the day.

But does all that caffeine cause heart problems? According to the American Heart Association, the jury is still out.

“Many studies have been done to see if there's a direct link between caffeine, coffee drinking and coronary heart disease,” the association reports on its website. “The results are conflicting. This may be due to the way the studies were done and confounding dietary factors. However, moderate coffee drinking (1–2 cups per day) doesn't seem to be harmful.”

But how about energy drinks, which also contain caffeine and are consumed with the expressed purpose of gaining a physical or mental boost?

A case report in the Journal of Addiction Medicine concludes the high levels of caffeine in energy drinks “may lead to cardiac complications.” The report focused on a 28-year old man treated in the emergency room for heart arrhythmias. The man, who also suffered from obesity, said he routinely drank two Monster energy drinks per day containing a total of 320 milligrams of caffeine. He also drank alcohol on a daily basis.

Until 2010, many energy drinks also contained alcohol, but that combination was outlawed by the Food and Drug Administration (FDA). But how about energy drinks consumed without alcohol? Is the caffeine content alone enough to cause heart problems?

An international study last year concluded that consumption of energy drinks by otherwise healthy young people could aggravate underlying heart issues. It found these beverages' high amounts of caffeine and sugar could cause young people to develop dangerous heart arrhythmias.

In the case of the 28-year old patient in the case report, researchers say medication resolved the atrial fibrillation after 48 hours. A one-year follow-up showed no signs of the arrhythmia.

"We believe that energy drink consumption played a key role," the authors write.

They stress that the 160 mg caffeine content of a Monster energy drink is about four times higher than in a caffeinated soft drink. However, it should be pointed out that heavy coffee consumption might include even higher levels of caffeine. But the researchers suggest the possibility that other ingredients in energy drinks might heighten caffeine's effects.

They conclude more research is this area is needed and that, in the meantime, health care providers should question patients about energy drink consumption when they treat them for heart problems.