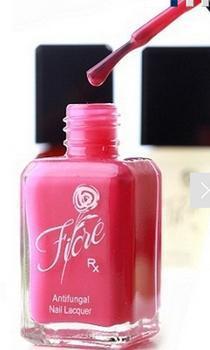 An industry self-regulatory body is asking the Federal Trade Commission to investigate advertising claims made by Fiore Rx for its "antifungal nail lacquer."

The company claims in its ads and on its website that its non-prescription nail polish can prevent and treat nail fungus, but the National Advertising Division, a unit of the Advertising Self-Regulatory Council, thinks the company is laying it on a bit thick.

Among the claims challenged by the NAD is Fiore’s assertion that the product line “provides a safe and less-expensive alternative to complicated nail infection treatments.”

NAD said Fiore has not responded to its requests for clarification and it has referred the matter to the FTC, which does not comment on pending investigations.

On its website, Fiore says that one of the "great benefits" of its product is that "you get antifungal protection without a prescription or without having to visit a doctor."

The Mayo Clinic might take exception to that. On its website, Mayo advises seeing a doctor "at the first sign of nail fungus," warning that, "Once a nail fungal infection begins, it can persist indefinitely if not treated."

Elsewhere on its site, Fiore seems to get the message, adding:  "[M]ake no mistake, Fiore Rx is not a cure and you should certainly seek medical attention for serious fungal infections."

So what is it? Why, it's a fungus prevention treatment, the company says.

"Fiore Rx was crafted specifically as a nail fungus preventative.  Fiore Rx’s use of Undecylenic acid and propolis create the perfect combination of fungus and bacterial protection.  So go to the spa and use that footbath.  Just make certain you are wearing your favorite shade of Fiore Rx Antifungal Nail Lacquer."

What to look for 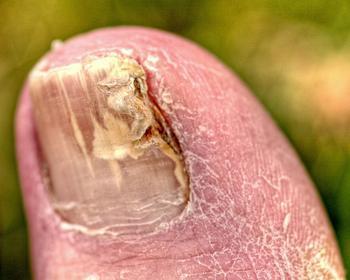 Afraid you might have a nail fungus? The Mayo Clinic says victims' toenails display these characteristics:

If after a close look at your toes, this sounds like you, it's a good idea to see your doctor.