Another reason to file your tax return ASAP

The longer you wait, the more likely you are to be a victim of identity theft 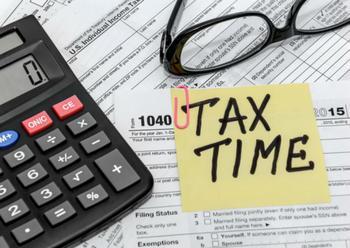 Many taxpayers are eager to file their tax return because they have a big refund coming. But there's another reason to get your tax return in as quickly as possible.

That gives fraudsters less time to file a fake return in your name, collecting a large bogus refund.

The Internal Revenue Service (IRS) says identity theft, with scammers assuming the identity of a real taxpayer, remains the biggest scam it has to deal with.

All a scammer has to do is steal a taxpayer's Social Security number. He then makes up a phony W-2 form from a company and fills out a return showing a large refund. He then has the refund direct-deposited into a money card or other untraceable account.

Because this problem has been getting worse year after year, the IRS has joined with states and the tax preparation industry in a Security Summit to enact a series of safeguards. In 2016, there was some observable progress, as the number of taxpayers reporting stolen identities on federal tax returns fell by more than 50%.

“The Security Summit partnership continues to develop and strengthen tools to stop fraudulent returns from getting into the tax system," said IRS Commissioner John Koskinen. "We're calling on taxpayers to do everything they can to protect their private information because criminals continue looking for new and more sophisticated ways of beating the system. We also encourage tax professionals and others in the private and non-profit sectors with access to large amounts of sensitive information to watch out for identity theft schemes."

Missouri Attorney General Josh Hawley warns consumers to remain vigilant for tax identity theft. His advice is to file a return as early as possible. If you are a victim of this scam, Hawley says the IRS may have to reject your legitimate return because of the fake one filed in your name.

Besides filing early, the IRS says other ways to promote security include always using security software with firewall and anti-virus protection. Consumers should also use strong passwords and encrypt sensitive tax records when they are stored on a personal computer.

To keep thieves from learning your Social Security number, learn to recognize and avoid phishing emails, which often look like they are from a legitimate source. They try to trick victims into revealing sensitive personal information.