The company discriminated against consumers in Puerto Rico and elsewhere, feds say 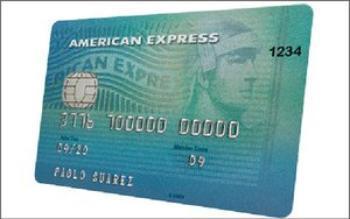 American Express is paying $96 million in redress to Spanish-speaking consumers in Puerto Rico, the U.S. Virgin Islands, and elsewhere as part of an agreement with the Consumer Financial Protection Bureau (CFPB).

The bureau said that two American Express banking subsidiaries discriminated against the Spanish-language consumers by providing them with credit and charge card terms that were inferior to those available in the 50 states.

“Consumer financial protections are not confined within the 50 states,” said CFPB Director Richard Cordray. “American Express discriminated against consumers in Puerto Rico and the U.S. territories by providing them with less-favorable financial products and services."

Cordray said that no civil penalties were being assessed because American Express discovered the problem, reported it, and "fully cooperated" with the CFPB's investigation.

American Express has already paid approximately $95 million in consumer redress and today’s order requires it to pay at least another $1 million to fully compensate harmed consumers.

The full text of the CFPB’s consent order is available here.