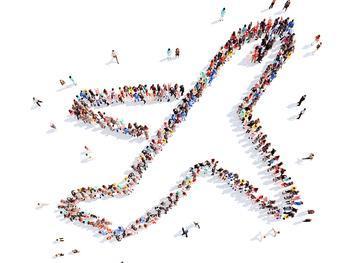 It's only been a day since members of Congress reamed airline executives and demanded to know why they "hate the American people." Now a report says American Airlines is planning to jam even more seats into its newest airplane model, the Boeing 737 Max.

CNN Money reports that American will cram in an additional row of seats into the new airplanes, increasing capacity by six passengers by shrinking the distance between seats from 31 inches to 29 in three rows. Other rows will shrink to 30 inches.

You might think that the new, even more cramped seats will be ultra-cheap but no, they'll cost the same as other economy seats.

As if to ensure maximum discomfort at all times, American is also shrinking the size of the bathrooms. thereby adding room for another four passengers. If you're keeping count, that's ten more passengers stuffed into each of the new planes.

The CNN report said United is considering a similar squeeze play, but the carrier, still smarting from its passenger-dragging episode, wouldn't confirm that report.

The incredible shrinking seat ploy would, at best, put American and the other "legacy" carriers on a par with budget carriers. Actually, some budget carriers provide more leg room than their older competitors. JetBlue, Southwest, and Alaska all fall into the 31″ to 33″ range.