Cooler-sized, self-driving delivery robots are currently being tested in Washington 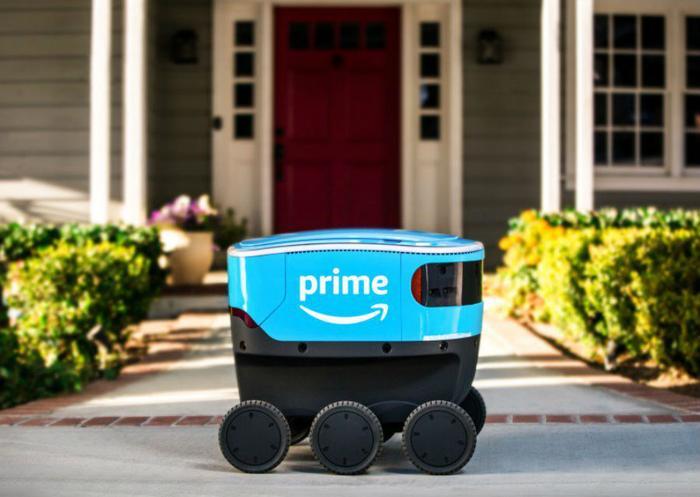 On Wednesday, Amazon deployed six of its self-driving package delivery robots in a neighborhood of Snohomish County, Washington.

The e-commerce giant said the six-wheeled device, dubbed Amazon Scout, was developed at its research and development lab in Seattle. The autonomous package delivery vehicles are roughly “the size of a small cooler, and roll along sidewalks at a walking pace,” Sean Scott, an Amazon executive in charge of Scout, said in a blog post.

The Seattle-based online retailer said each Scout device has the ability to “safely and efficiently navigate around pets, pedestrians and anything else in their path.”

During the trial, however, each device will be accompanied by an Amazon employee, even though Scouts have the ability to navigate by themselves. Scouts will also only run Monday through Friday during daylight hours during the trial.

“Customers in Snohomish County order just as they normally would and their Amazon packages will be delivered either by one of our trusted partner carriers or by Amazon Scout,” Scott said.

Wired pointed out that the autonomous package delivery devices could face certain challenges.

“A delivery robot can’t open gates without hands, and it can’t climb steps to get right to your door,” Wired noted. “And if the robot requires the customer to enter a PIN to get the package out, how can the robot leave the package if you’re not home?”

The trial in Washington will determine whether Amazon Scouts will be deployed in other areas.