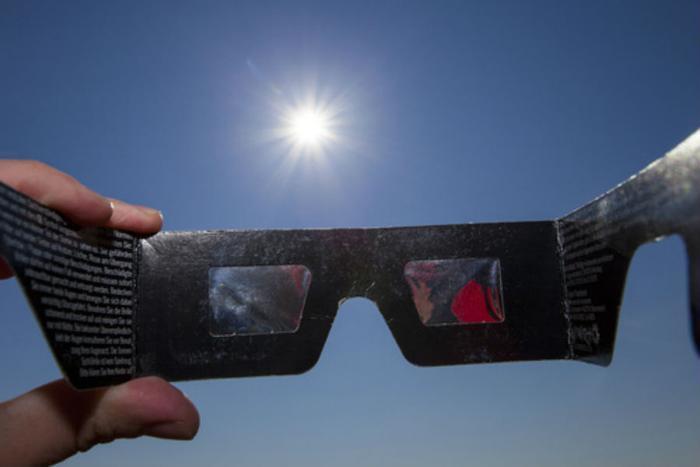 Earlier this month, when excitement over the coming solar eclipse was still at its peak, Amazon issued a recall cautioning those who had purchased eclipse glasses on its site to not use them because they may not be safe.

However, a class action lawsuit alleges that the warning wasn’t sufficient and that the company should provide compensation to consumers who were harmed while using the products. Reuters reports that suit was filed in South Carolina on Tuesday evening by Corey Payne and his fiancée Kayla Harris, who purchased a three-pack of eclipse glasses on Amazon and subsequently suffered from headaches and vision impairment.

“As a result of Defendant’s negligence, false advertising and false marketing materials, Plaintiffs and members of the proposed class suffered and continue to suffer injuries and damages from Defendant’s sale of an unsafe product in violation of South Carolina law through failing to disclose the dangers of the product as known to Defendant and failing to adequately and fully compensate consumers for the harms they suffered,” the suit states.

Too little, too late

Although Amazon began notifying customers about certain glasses sold on its site weeks before the eclipse, Payne and Harris say that they never heard anything about it. The suit alleges that Amazon’s efforts were both vague and uninformative.

“Amazon attempted to recall its Eclipse Glasses on or about August 19, 2017, ‘out of an abundance of caution’ via email to its purchasers, offering a refund to affected customers but failing to disclose either the ‘scale of the recall or a public list of offending vendors,'” the suit says.

The suit is seeking class action status, compensation for damages suffered by plaintiffs, restitution for all monies wrongfully obtained by Amazon, injunctive relief barring Amazon from engaging in similar behavior in the future, and coverage for attorney’s fees and costs incurred by the plaintiffs. The case is being handled by the law firm McGowan, Hood & Felder, LLC based in South Carolina.