The company could open its grab-and-go stores at major U.S. airports 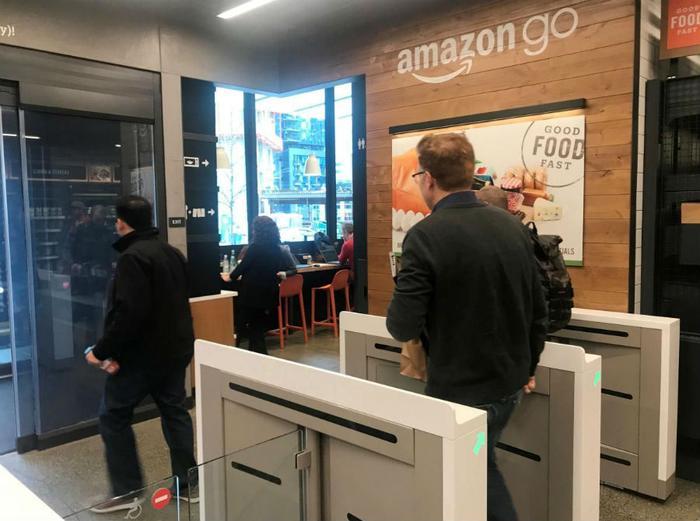 Amazon is eyeing airports as locations for its cashier-less Go stores, according to Reuters.

The e-commerce giant -- which has opened seven Go stores since January and has plans to open as many as 3,000 by 2021 -- reportedly spoke to officials at several major U.S. airports regarding the possibility of putting Go stores in terminals.

“The lead for Amazon Go requested a meeting,” said a June 27 email from a technology adviser who supports Los Angeles International, according to Reuters. “Interested?” To which the representative replied, “Yes. Thanks!”

A representative for Amazon's cloud unit also asked San Jose International Airport for a meeting and referenced Amazon Go as "one of many possibilities we can discuss.”

However, since these initial exchanges with airport contacts, no additional information has been provided by Amazon about whether its Go stores are headed to the nation’s busiest airports.

Amazon’s Go stores allow shoppers to move through aisles and pick up items such as ready-made snacks, lunches, drinks, frozen dinners, and basic groceries. When shoppers are ready to leave, they can simply walk out of the store without having to pay a cashier first.

The company is able to fulfill its “no lines, no checkouts, no registers” promise by relying on sensors and cameras placed throughout the store. These allow Amazon to track what customers take out of the store and charge customers’ credit cards accordingly.

The company hasn’t offered any further details on whether its automated stores will be built into airports, but that may be because it’s taking time to consider how to navigate the challenges of operating in airports. For example, workers would need a security clearance to staff concessions after security checkpoints.

Financial constraints may also be under consideration. Previous reports suggested that just one Amazon Go store required more than $1 million in hardware to build. Additionally, leasing retail space at airports can be costly.