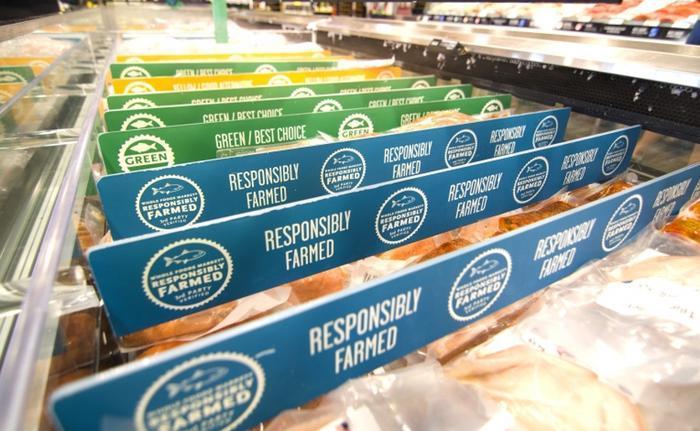 Whole Foods may need to borrow some of those "Watch for falling prices" signs from Walmart. Amazon says it will slash prices on many products as soon as it closes on its purchase of the upscale market chain Monday.

Amazon will also be extending its Amazon Prime program, making its 60 million members eligible for rewards and discounts at Whole Foods Markets.

You won't have to drive to Whole Foods to get in on the action. Wilke said Whole Foods' private label products -- including 365 Everyday Value, Whole Foods Market, Whole Paws and Whole Catch -- will be available through Amazon.com, AmazonFresh, Prime Pantry, and Prime Now.

While the news may be greeted enthusiastically by shoppers, it is striking fear into the hearts of competing supermarkets and the Wall Street analysts who follow them. Stocks of Kroger, Walmart, and other major chains plummeted after the announcement, shaving billions off their market value.

The grocery business has been under increasing pressure for quite awhile and there has been something of a mini-price war for such staples as eggs and milk. If Amazon really begins slashing prices of organic meats, produce, and other high-end items, it's likely to be a major headache for competitors who already face very low margins.

The supermarket business has already been upset by the entry of Aldi and Lidl, the European discounters who have been expanding rapidly in the U.S.

The grocery business has always operated on very thin margins, but the common wisdom is that high turn-over makes up for the slim profit on each item. In other words, a carton of eggs that sells for $2 may cost the supermarket $1.90 but since it's not likely to sit on the shelf for more than a few days, the investment is quickly recovered.

High-end items like organic products and gourmet desserts and baked goods, on the other hand, can be quite profitable, making up for the thin margins at the dairy case. Amazon's plans could upset that pattern and put a huge dent in stores' overall profit pricture.

As is so often the case, what appears to be bad news for business is likely to be good news for consumers, at least in the short term. Shoppers who have restricted their buying to Walmart or Costco's utilitarian warehouses may soon be wandering the more decorous aisles of Whole Foods, snapping up exotic cheeses, produce, and meats.

It should be fun while it lasts.