Seattle, Los Angeles are the next moves in the company’s cashier-less experiment 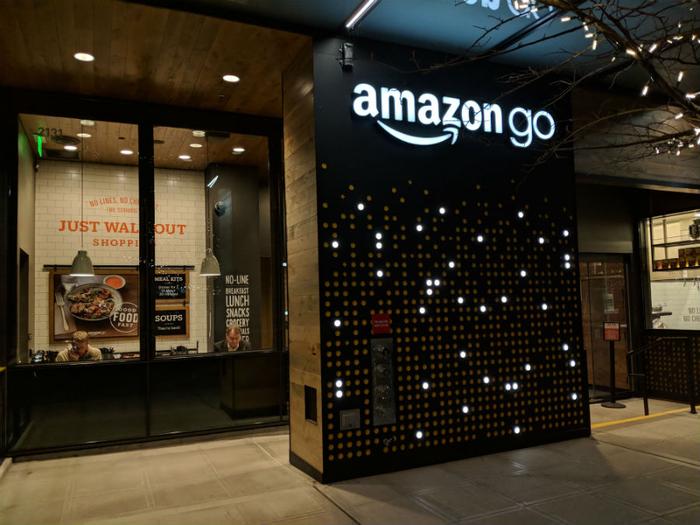 The plans for Amazon Go, Amazon’s revolutionary convenience store, just ramped up further with up to six more storefronts expected in 2018, according to a Recode report.

The company will keep its brick-and-mortar experiment close to home, adding more in Seattle where the first location opened, last month, with the next stop likely being Los Angeles.

Amazon Go is another peg in the company’s effort to flip the way people shop. With its sights set on a piece of the $550 billion U.S. convenience store niche, the move builds on Amazon’s jump into the grocery world’s fray with its purchase of Whole Foods, as well as the rollout of 13 physical bookstores.

In what may sound like The Jetsons-meet-shoplifting, Amazon’s Just Walk Out Technology allows shoppers to scan their phone when they enter the store, grab what they want, and walk out without having to stop at a cash register to pay.

Artificial intelligence charges the customer’s credit card every time an item is picked up. If you change your mind and put it back on the shelf, the software removes it from your account.

Amazon doesn’t see this ingenuity of Amazon Go as another competitor to full-service stores like Wal-Mart but rather an automated convenience store stocked with snacks, ready-prep meals, day-to-day basics, and beer & wine.

Still, it won’t be putting its toe in this water alone. Kroger announced that it has plans for its initiative called Scan, Bag, Go at 400+ locations by the end of 2018.

While Kroger’s move seems like Amazon is entering a dogfight, the plans for Amazon Go are a little more deliberate with the goal of finding out if a cashier-less experience is even viable. The company’s announcement to expand implies initial trials are going as planned, but those have all been in Amazon’s backyard in Seattle. Greenlighting metros outside its comfort zone appears to be a move toward finding out how the rest of the world will react.

Are jobs at risk?

As of 2016, there were more than 3.5 million cashiers in the United States making an average of $20,180 per year. The Bureau of Labor Statistics had already projected that about 30,000 of those would go away by 2026, but digital shopping forays like Amazon’s and Kroger’s may grow those numbers higher if the technology behind Amazon Go catches on.

However, Amazon’s thrown a towel over that crystal ball, saying Go’s technology won’t eliminate jobs, but rather change jobs its employees do. “We’ve just put associates on different kinds of tasks where we think it adds to the customer experience,” Gianna Puerini, the executive in charge of Amazon Go, told the New York Times.

Those job tasks will likely shift toward restocking Go’s shelves and assisting customers with any technical issues or pointing them in the right direction. Although the store’s concept is “cashierless,” someone will be needed to check I.D.s before taking beer or wine home.