Alaska-Virgin merger on course, according to Alaska 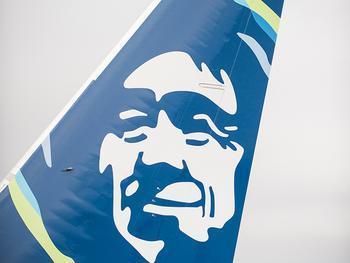 As airline passengers go, Virgin America regulars are a pretty cheerful bunch. They're sort of like Apple users, convinced they're flying along in the best of all possible worlds -- leather seats, free entertainment, cool snacks.

But, to mix metaphors, the leather coach seats are about to turn into pumpkins, as the clock ticks down to the U.S. Justice Department's expected approval of the merger between Alaska Airlines and Virgin, expected any day now.

Alaska had previously said it did not expect the deal to close before yesterday, Oct. 17, and sure enough, it didn't. But Alaska Air Group spokeswoman Bobbie Egan says the company is making "good progress" on the deal.

The $2.6 billion deal, announced last April, will make Alaska the top carrier on the West Coast and the fifth largest in the U.S. Virgin's route structure is mostly east-west.

Virgin has won a loyal following with its relaxed atmosphere and distinctive decor, and Alaska executives have said it is possible they will continue to operate Virgin America as a standalone brand, rather than merging it into Alaska.

If it doesn't do so, Virgin founder Sir Richard Branson vows he will start another Virgin America, noting he never wanted the sale to happen in the first place.

“If the sale goes through with Alaska and they don’t keep the brand, we’ll be starting again. Yeah,” Branson said in an interview with WFAA-TV in Dallas.

Although he founded the airline and guided its growth, Branson was not permitted to own a controlling interest because he is a British citizen, so he was unable to stop the sale to Alaska Air.