AKC names the most popular pooches of the year

The lab takes the top spot, but Rottweilers are slowly rising through the ranks 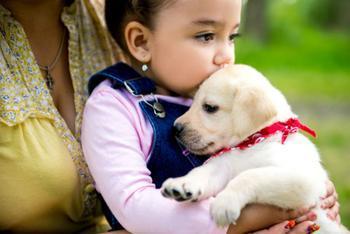 For the 26th year in a row, the Labrador Retriever is America’s top dog. In its 2016 ranking of the most popular dog breeds, the American Kennel Club (AKC) once again dubbed the family-friendly lab the nation’s most popular pup.

But a few other breeds may be catching up to the intelligent and eager-to-please lab. The Rottweiler’s number 8 ranking was its highest in almost two decades, French Bulldogs are rising up the ranks, and terriers have also made huge strides in popularity as of late.

Here are the ten most popular dog breeds of 2016, according to the AKC:

Breeds poised for a takeover

"The Lab is such a versatile dog that it's no wonder it makes a great companion for a variety of lifestyles. Keep your eye on the Rottweiler, though. It's been quietly winning hearts over the past decade,” said AKC Vice President Gina DiNardo.

Another breed to keep your eye on? The French Bulldog. DiNardo noted that the playful breed has risen 32 spots over the past decade and shows no signs of stopping.

Of the 189 breeds recognized by the AKC, the least popular were English Foxhounds, Norwegian Lundehunds, and American Foxhounds.