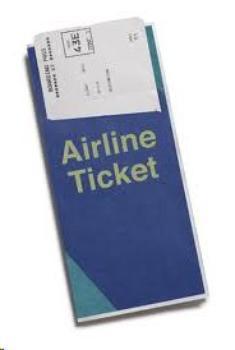 Average fares are based on domestic itinerary fares, which consist of round-trip fares, unless the customer does not purchase a return trip. In that case, the one-way fare is included.

Fares are based on the total ticket value, which consists of the price charged by the airlines plus any additional taxes and fees levied by an outside entity at the time of purchase.

Only the price paid at the time of the ticket purchase is included; fees for optional services, such as baggage, are not. Averages do not include frequent-flyer or “zero fares.”

In recent years, airlines have obtained additional revenue from fees charged to passengers, as well as from other sources. Passenger carriers based in the U.S. collected 74.7% of their total revenue from passenger fares during the third quarter of 2016, down 12.9% from 1995.

The complete report is available on the BTS website.