A drop in income could harm your mental health 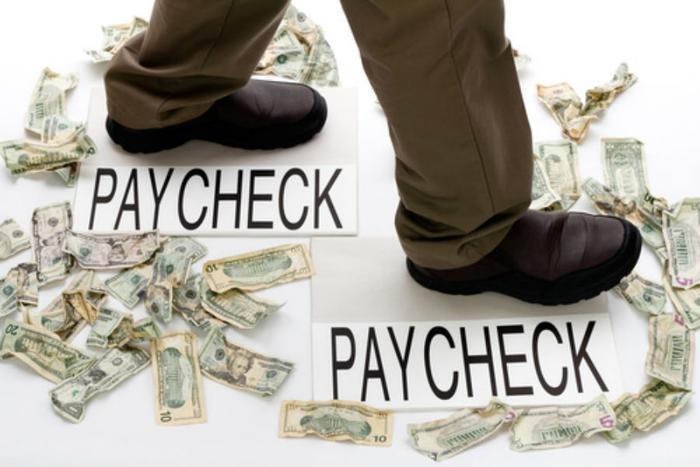 A new study conducted by researchers from the American Academy of Neurology found that young adults who experience dips in their income could experience compromised brain health.

The findings revealed that a hit to a person’s paycheck -- or multiple hits -- could lead to poorer memory and thinking skills, which researchers compared to what happens to most adults as they age.

“Income volatility is at a record level since the 1980s and there is growing evidence that it may have pervasive effects on health, yet policies intending to smooth unpredictable income changes are being weakened in the United States and many other countries,” said researcher Leslie Grasset, PhD.

“Our exploratory study followed participants in the United States through the recession in the late 2000s when many people experienced economic instability. Our results provide evidence that higher income volatility and more income drops during peak earning years are linked to unhealthy brain aging in middle age.”

The effects on brain health

To understand how variations in income affected young adults’ brain health, the researchers analyzed over 3,200 participants, all between the ages of 23 and 35.

Starting in 1990 and ending in 2010, the participants reported on their annual household income before taxes, which allowed the researchers to track the trajectory of their earnings over that time. During that period, the participants also completed memory and thinking tests, which were assessed for both accuracy and speed of completion.

Additionally, around one-third of the participants in the study were chosen to receive MRI scans of their brains at the beginning and end of the study, which gave the researchers more data on how the brain was affected by changes to income.

The study revealed that participants who experienced multiple drops in income were more likely to perform poorly on mental tasks -- either by not completing them correctly or by taking more time to do them.

The researchers found that participants who were affected by multiple drops in income were performing around three percent worse than other participants in the study, which, according to Dr. Grasset, “is greater than what is normally seen due to one year in aging.”

A similar trend emerged among the participants who had their brain scanned. Those who experienced two or more drops in income experienced reduced connections between different parts of the brain when compared with those who saw no changes in their income over the same period.

Dr. Grasset and her team believe that work can be done in this area to make periods of financial uncertainty more comfortable for consumers, especially where their health is concerned.

“While our study does not prove that drops in income cause reduced brain health, it does reinforce the need for additional studies examining the role that social and financial factors play in brain aging,” said Dr. Grasset. “It is possible that enhancing the stability of income could play a beneficial role in brain health, and there are straightforward policy options to reduce income volatility, such as unemployment insurance and short-term wage insurance.”