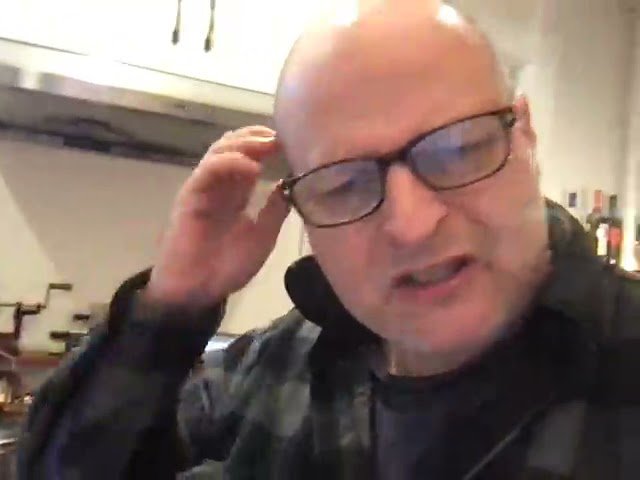 Review Transcript
This is a Thermador PRG304 something. It’s a terrible stove. Way overpriced, inferior to a simple sub-thousand dollar stove we had before. It's got all kinds of problems. Broiler sucks. You open the oven, flames lick out, and yet it burns things or doesn't heat them enough. Star burners wobble. And the air currents, they don't make a steady flame. And the oven doesn't heat up very fast. We don't get consistent results. Save your money, this thing sucks. You could buy five stainless steel, I don't know, Samsung stoves for the same price. They work better, plus they have thermostats on them that you can set timers. Just stay away, it's a rip off. And it’s smaller than the one we had before in the same form factor, and it weighs a ton. There’s nothing good I can say about it.
3 people found this review helpful

We had a range from Thermador that never quite worked. After growing frustration, we finally called service and they told us that there was a defect with the logic board for our year of manufacture. However, because we waited so long (partially because of the pandemic) we were out of our two year warranty and they wouldn't repair the defect without spending $700 on the repair. This is for a $20,000+ range. Avoid this company like the plague.

I bought these ovens two years ago and two weeks ago they died. I need some kind of panel and a control panel, which will not be available for another 3 weeks. They were fine until now, but two years is not a lot of time for a pretty pricey oven and I don't even have one functioning -- they both died. Customer service is kind, but useless.

We purchased a Thermador double oven and had it installed the day after Thanksgiving. Seemed ok for the first few weeks but then the bottom oven stopped working. Reset the circuit breaker and the bottom oven turned back on. Went to rotisserie a prime rib on Christmas Eve, rotisserie wouldn’t turn. Ended up using the roast option. Called the appliance store where we bought the oven and Thermador to get a technician to come out. While waiting on parts the upper steamer oven stopped working completely. Resetting the circuit breaker didn’t help. We finally got the bottom oven fixed a couple weeks ago but the technician didn’t know anything about the upper oven problem. So now we wait until the parts arrive for the upper oven. Four months and $8000 worth of disappointment.

I purchased a whole kitchen of appliances in 2019. My pride purchase was a Thermador 36 inch gas 4 burner with a grill in the middle. 7149.99 stove alone. The meat probe from the oven was never used until that Thanksgiving when I was going to cook my first turkey with my Thermador stove probe kit. Seems simple right? Put the probe in the turkey, set it and wait for the probe to chirp. Right from the start it gave me a defective code with the probe in. It couldn't be used. Since the fall of 2019 until today Thermador's qualified service techs have been to the house 5 times and are unable to fix it.

One and one half years later no resolution. They just decided that they would replace my stove. The replacement is the stove prg366wh which is 1000.00 dollars less. They refuse to reimburse even a fraction of the amount claiming I've had the stove over a year, even though my call for service was less than 6 months after owning the stove. I've declined, I'm off to court. Somethings are a matter of principle. Bottom line, Thermador is no longer able to support their past reputation. One last thing I discovered during this problem. The parts are made in China, so how do they claim the quality when everything is being made for all at the same sweatshop. Stay away from Thermador. Worst purchase I've made in 20 years.

While products are good dont get cheated into taking an extended warranty. We paid $1000s for the extended service plan and the staff at Thermador are absolutely incompetent from reps to managers. They dont know how to write COIs and for any correction take months. They dont call back and it takes 30 mins on hold to reach their toll free number. Unbelievable unprofessional service for such expensive appliances.

Our range oven (RDF30RS) oven stopped heating, so since only 2013, we had the control panel repaired by auth repair co. The night the repair was completed, the stove stopped igniting (spark modulator failed?). Repair co said it was only coincidental, so after almost $500. to repair oven (which we assumed made sense given over $4,000. price), but we are now told that it is difficult to replace the spark modulator due to impossibility of removing stovetop (screws need to be bored out and replaced), so repair cost is almost $800. I called company to complaint that at least we should be able to replace the part, but due to the defective bolts assembly, it can't be done. No help, and then after she checked with supervisor twice, I was cut off.

Thermador / Bosch only support the newest models of their appliance, and have discontinued product support and parts for legacy ranges and appliances. I need something as simple as a knob for a range, and their customer service basically told me to search the internet to see if I can find something, because they do not support their product and cannot recommend a replacement. They went on to tell me that they have no responsibility after the product is purchased and that it would be best to spend $1500 on a new range. Terrible, terrible, terrible customer service and support! Will never buy their products again!

We bought all Thermador appliances when we remodeled our kitchen. The double ovens have been nothing but trouble. We have had to replace the ignitors twice on the small oven and twice on the large oven. When I tell you the larger oven may have been used 10 times in between replacements, I might be exaggerating. Thermador refuses to do anything. When you call they are happy to note your concern in the account and that is it! We should have gone with Wolf.

We bought this 36”, 6 burner stove new From a local appliance store. We have had multiple calls to have repairs made. 4 times for gas leaks, not a great experience, 4 different occasions. We have had to have two igniters replaced. I also had to have some control unit replaced after a pot boiled over and shorted out this element. That cost us $849. Now with the oven never heating to the desired temperature, and servicemen saying there is nothing they could do, the oven just won’t work at all. The parts to repair it are$2650 without the service call and installation. We paid over $5,000 for this piece of crap. After contacting Thermador, they offered me $ 200 off on parts. A range is suppose to turn on heat up and bake, cook as needed. What a waste of money and terrible customer service! Don’t buy one!